Kashgar and The Karakoram 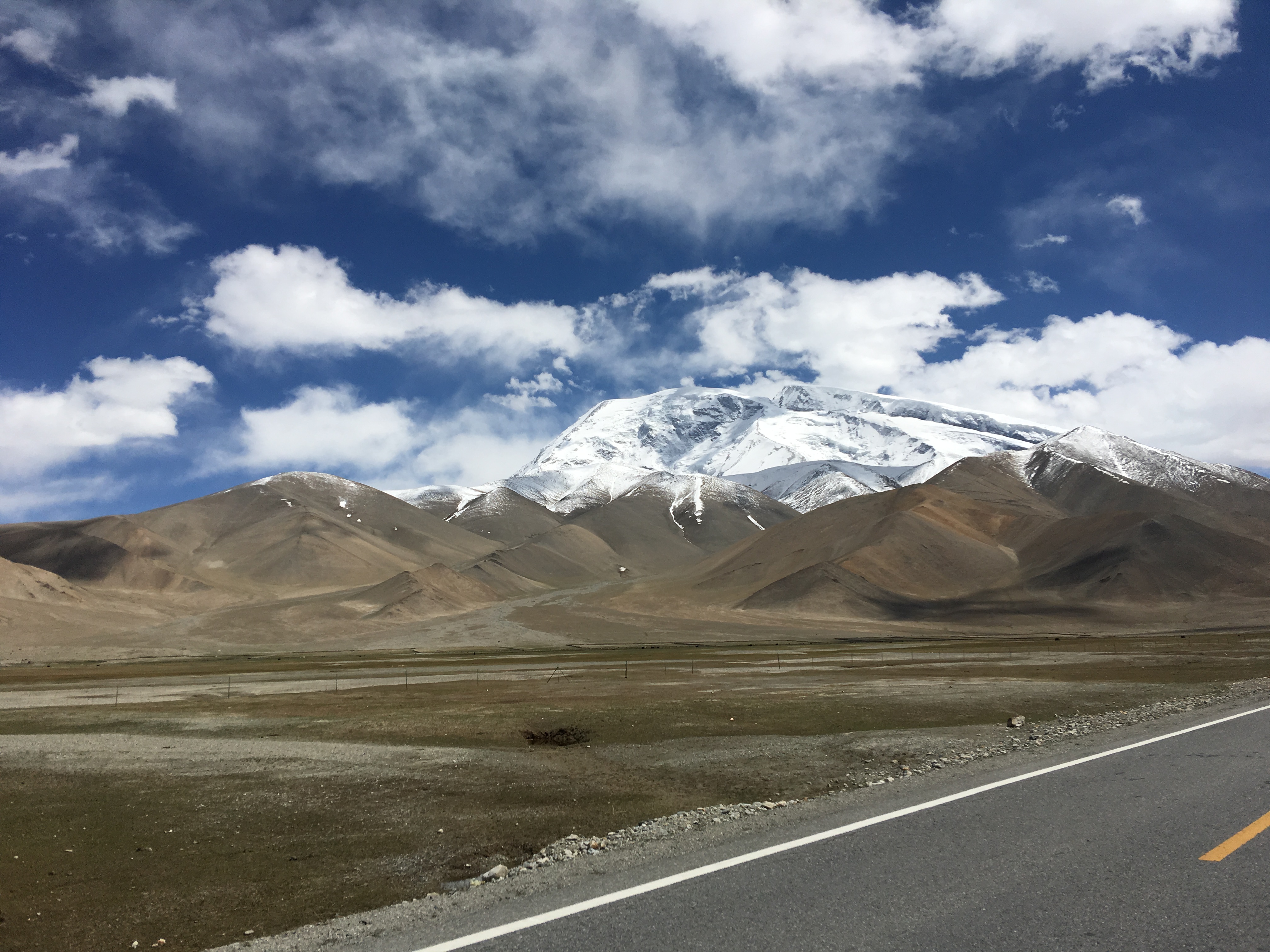 From Aksu, Little Deng and I made our way to Kashgar. In comparison to Aksu, which wholly embodies the generic Chinese city, Kashgar still hasn’t entirely succumbed to the Han Chinese methods of urban planning. 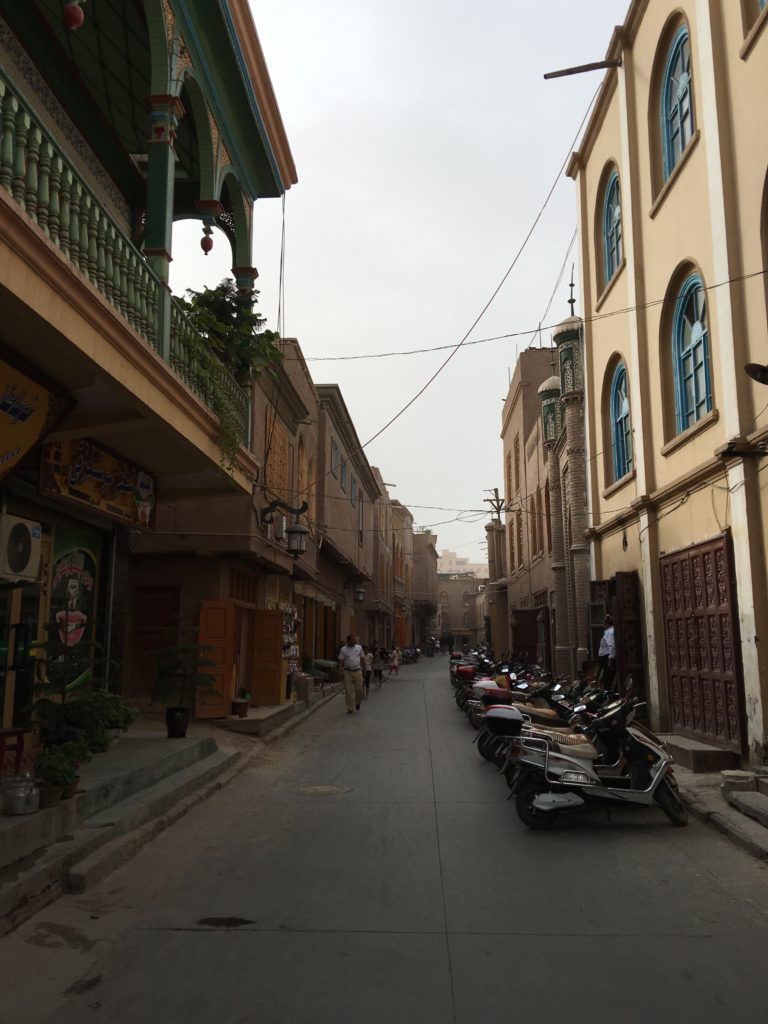 I felt instantly relieved–Kasghar is possibly the most laid back city in China, and it has its own extremely rich culture. The previous night in Aksu, I met the Kashgar chief of traffic police, a self-proclaimed “Ambassador of Kashgar.” The chief and his wife spent the ensuing two days showing me around the city.

The traditional Uyghur architecture is extremely reminiscent of the Middle East. 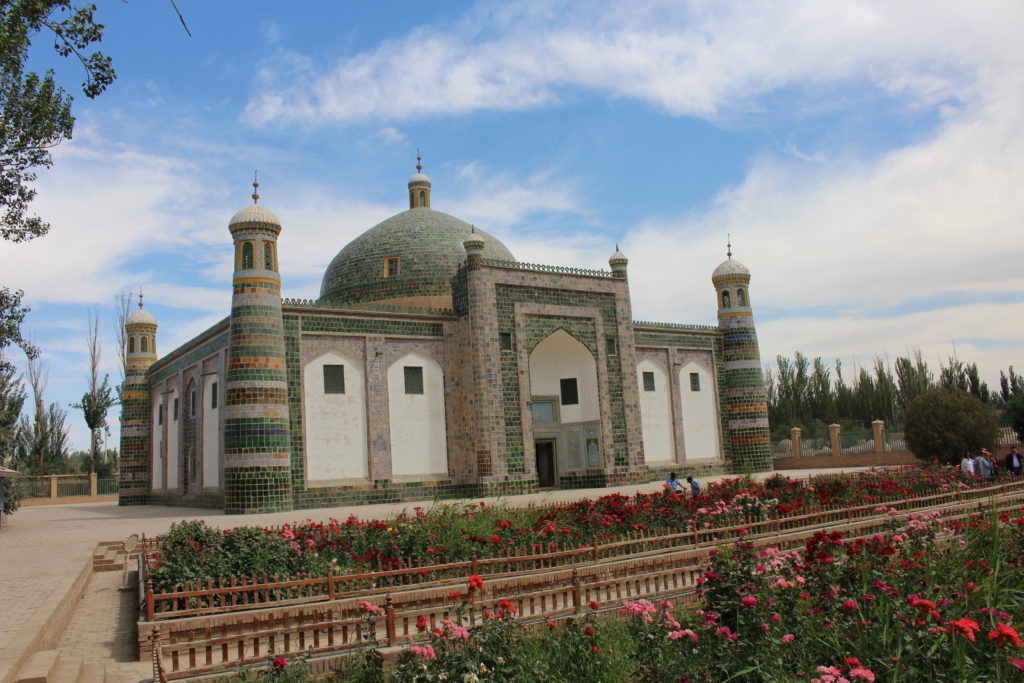 Even the interior design looks more Persian than Chinese. 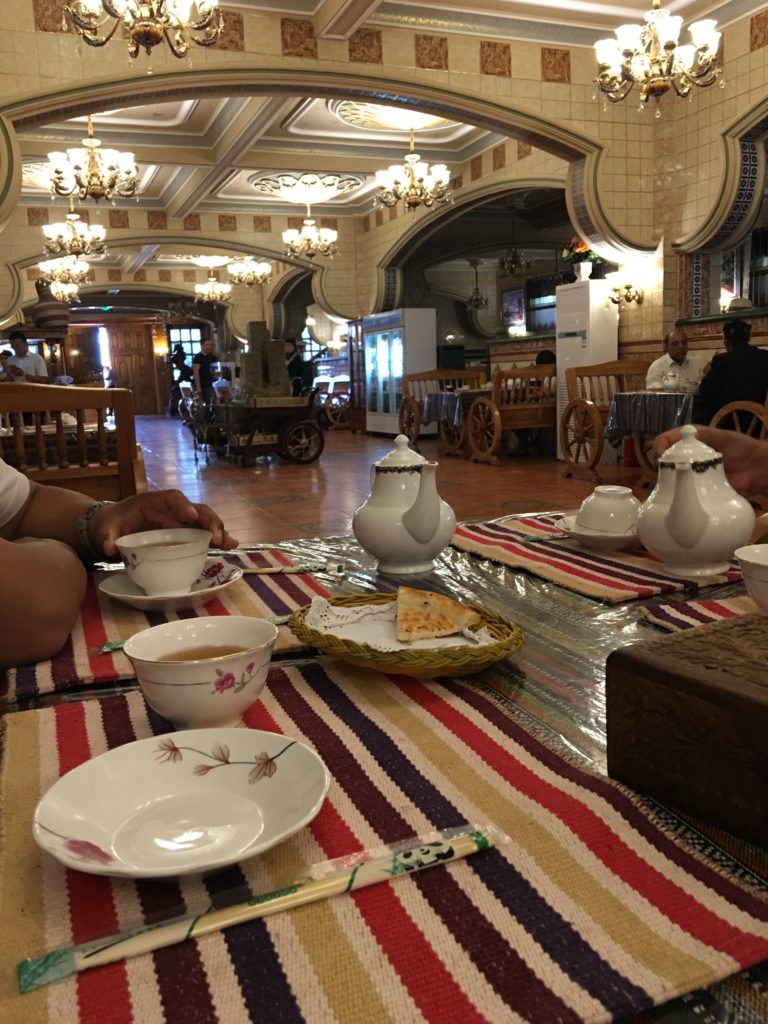 Kashgar itself as a city seems to be a perfect balance of old and new, meaning that significant portions of the ancient silk road trading post still remain. The old town is absolutely gorgeous and is home to some of the region’s best craftspeople and oldest traditional families. 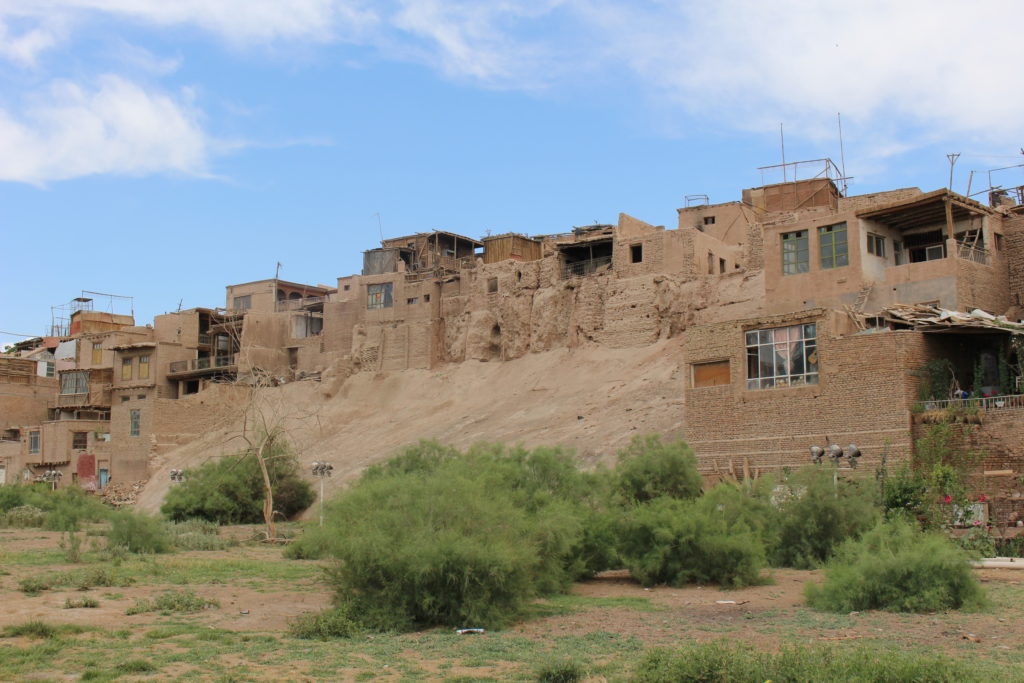 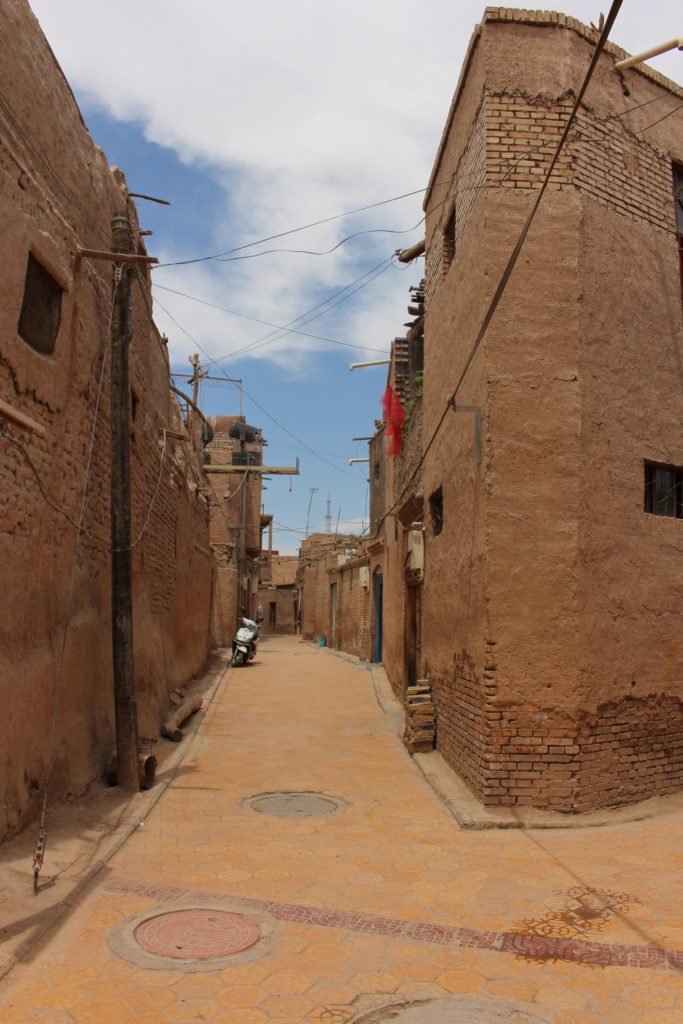 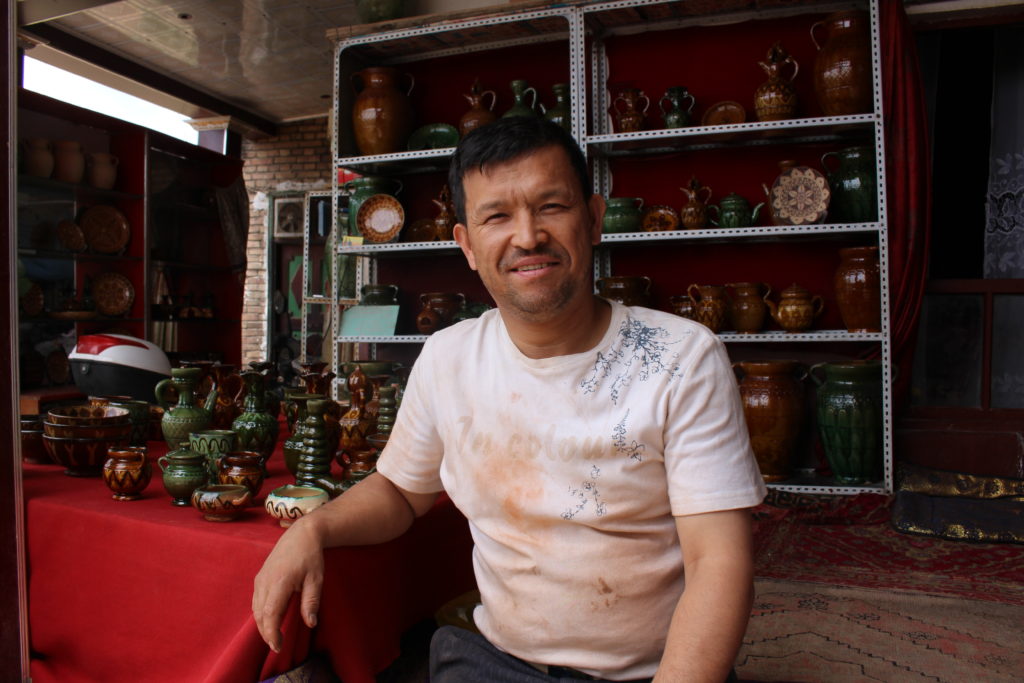 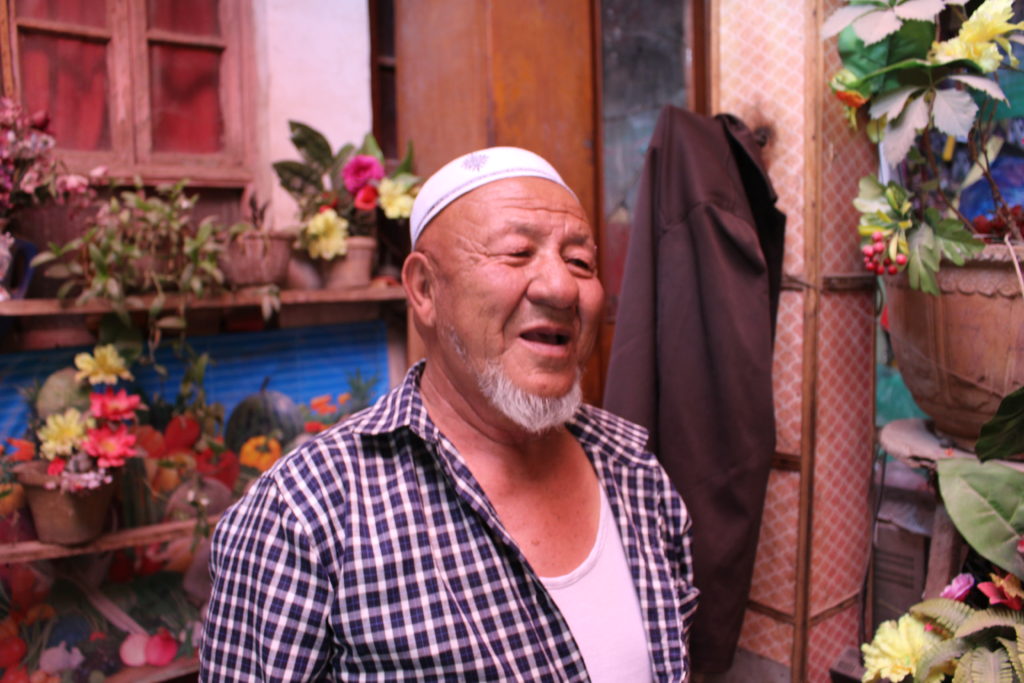 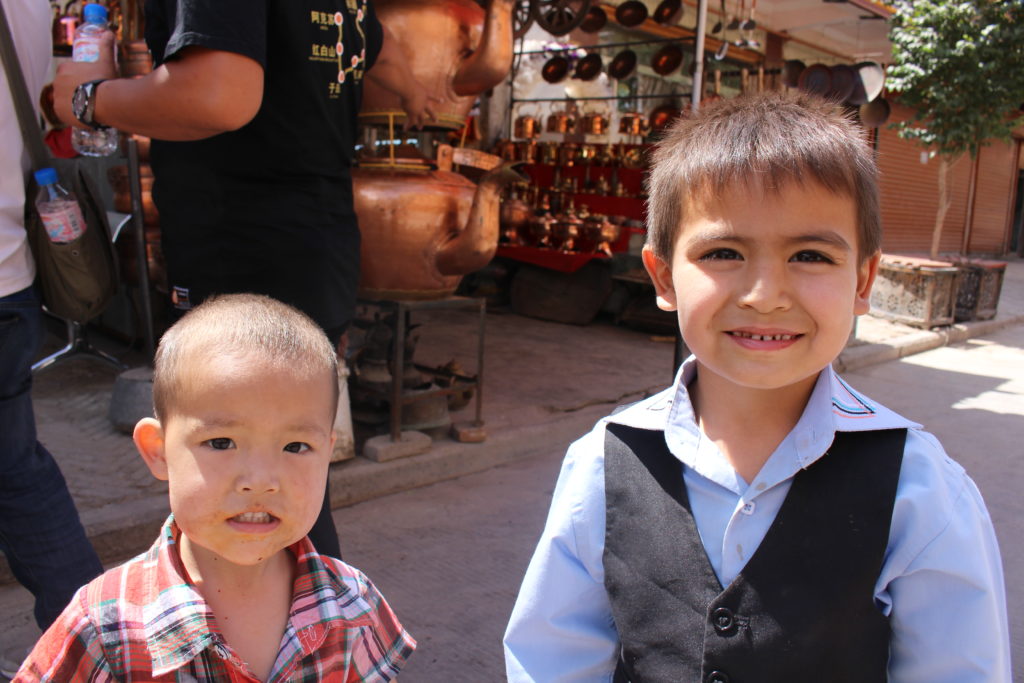 After two days in Kashgar, Little Deng and I headed southwest, following the Karakoram Highway towards Tashkorgan. At first the road was well paved, but only 60km outside of Kashgar, the road quality deteriorated completely. Only the gorgeous scenery proved enough to amerliorate our morale. 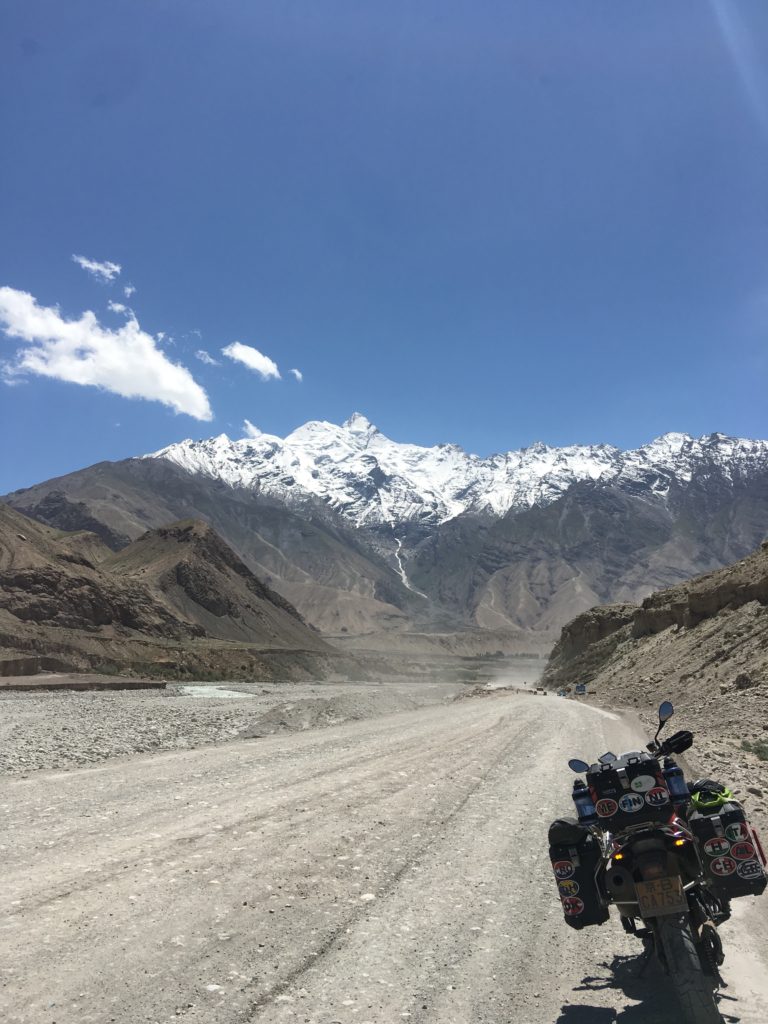 For those unaware, the Karakoram Highway–true to its name–leads through the Karakoram Mountains towards Pakistan. As it turns out, this mountain range is home to a large constituency of the world’s highest peaks, including K2. By the end of the day, Little Deng and I had only made it 200km from Kashgar due to the road quality, but we’d also climbed to an altitude of about 3950 meters (approx. 13,000 feet) when we reached Karakul Lake. 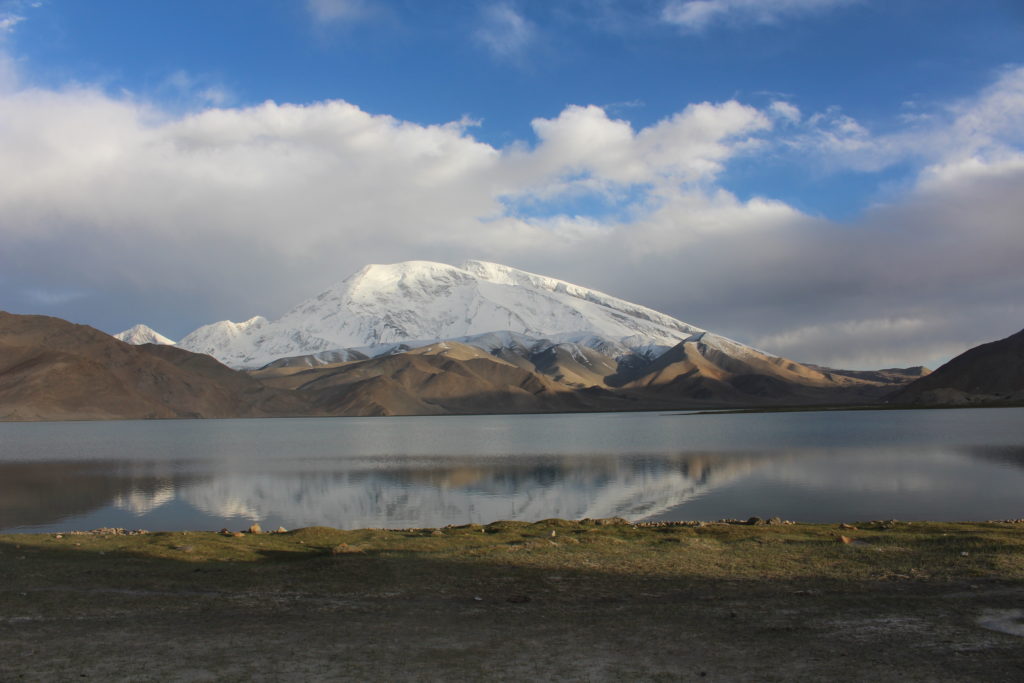 The altitude didn’t feel like much until we pitched our tents for the night, at which point the shortness of breath and headaches set in. 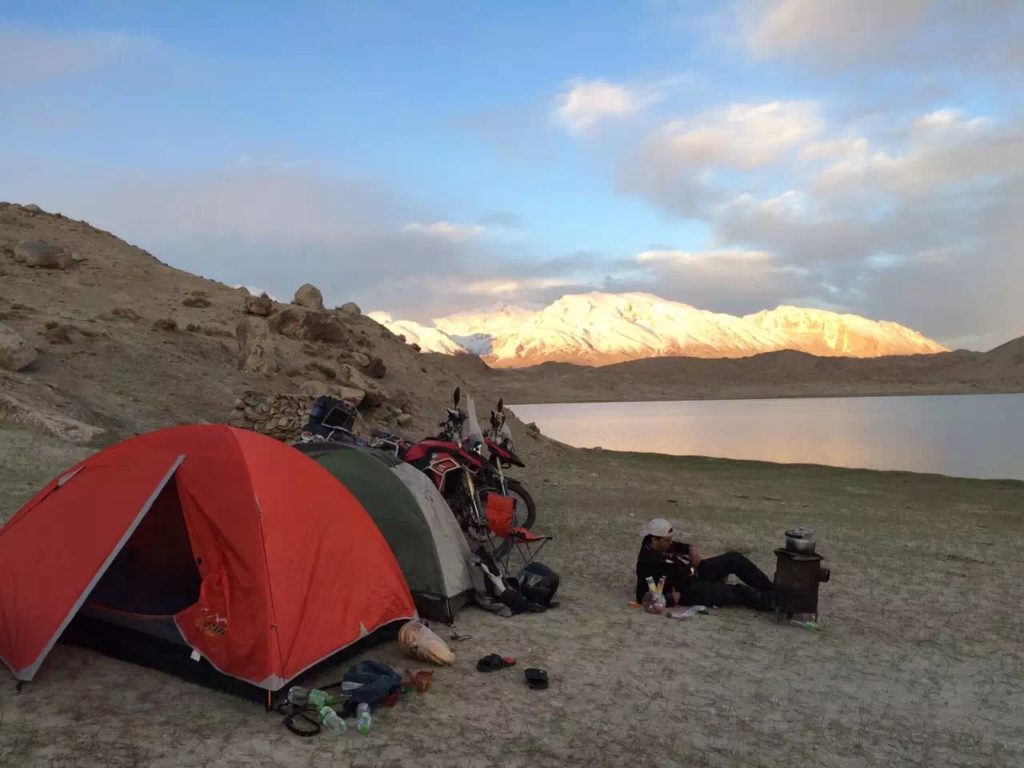 We found an abandoned stove floating in the lake and managed to obtain charcoal from a nearby village, using these materials to cook eggs and noodles in Little Deng’s teapot. 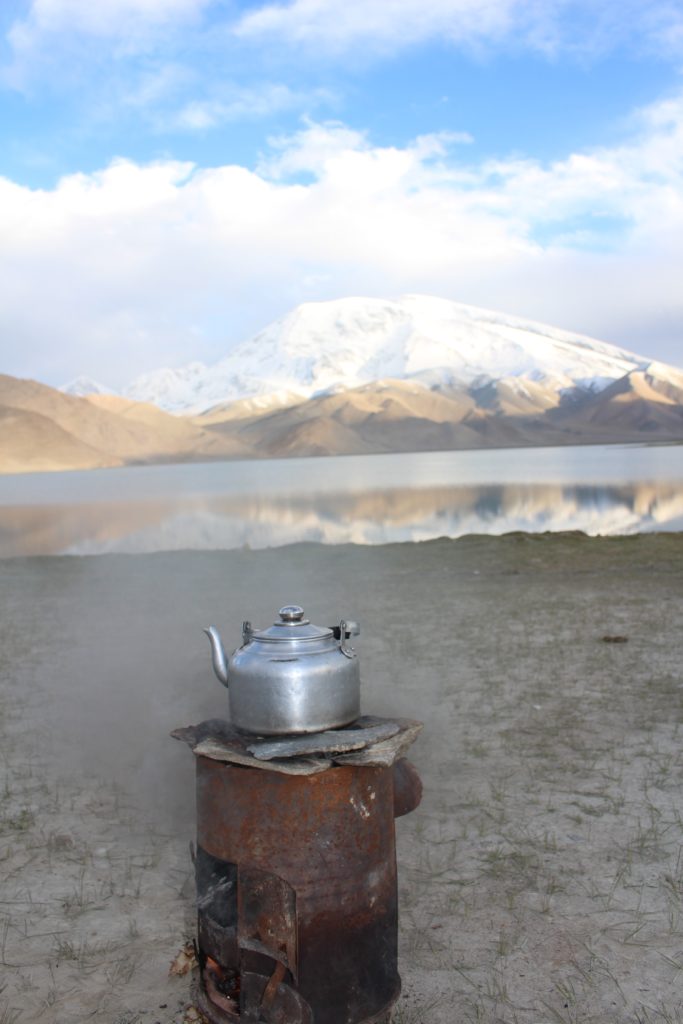 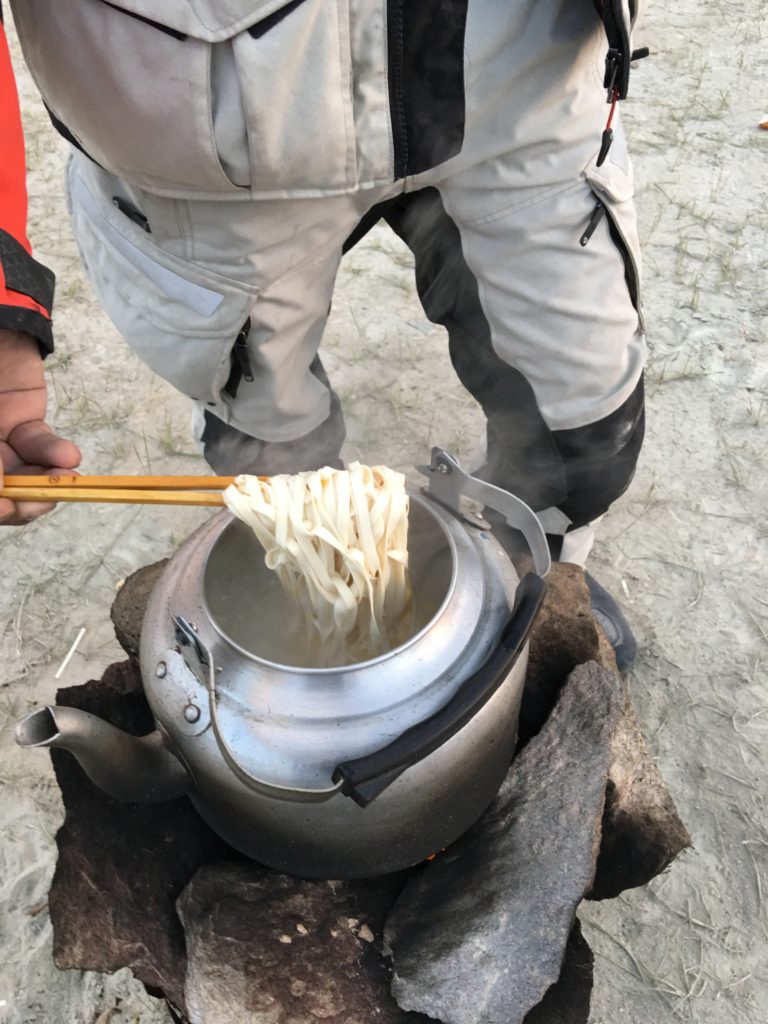 After a restless night due to the altitude, we left Karakul lake for Tashkorgan County. Along the way, we passed through the Tashkorgan border town, stopping at numerous police checkpoints as we headed back up into the mountains. We finally pitched our tents the second night at about 4570 meters (approx. 15,000 feet) at the top of a mountain immediately adjacent to a glacier. Only 50-100km from the Pakistani border crossing, Deng and I decided that going any further might mean encountering the Chinese military. 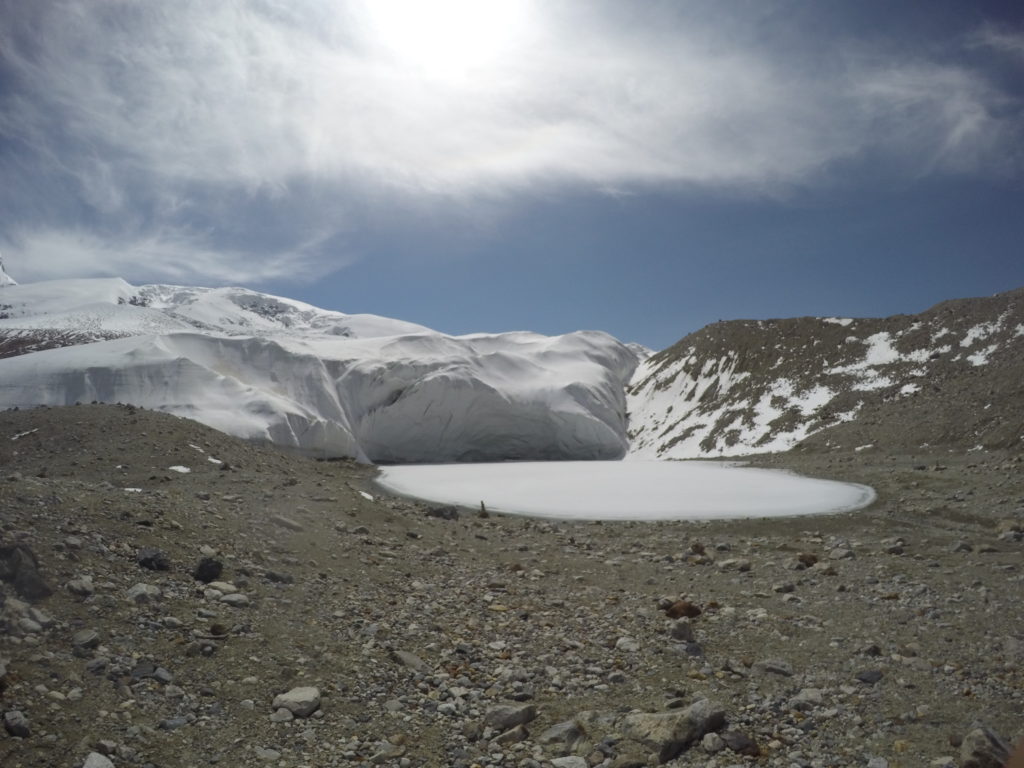 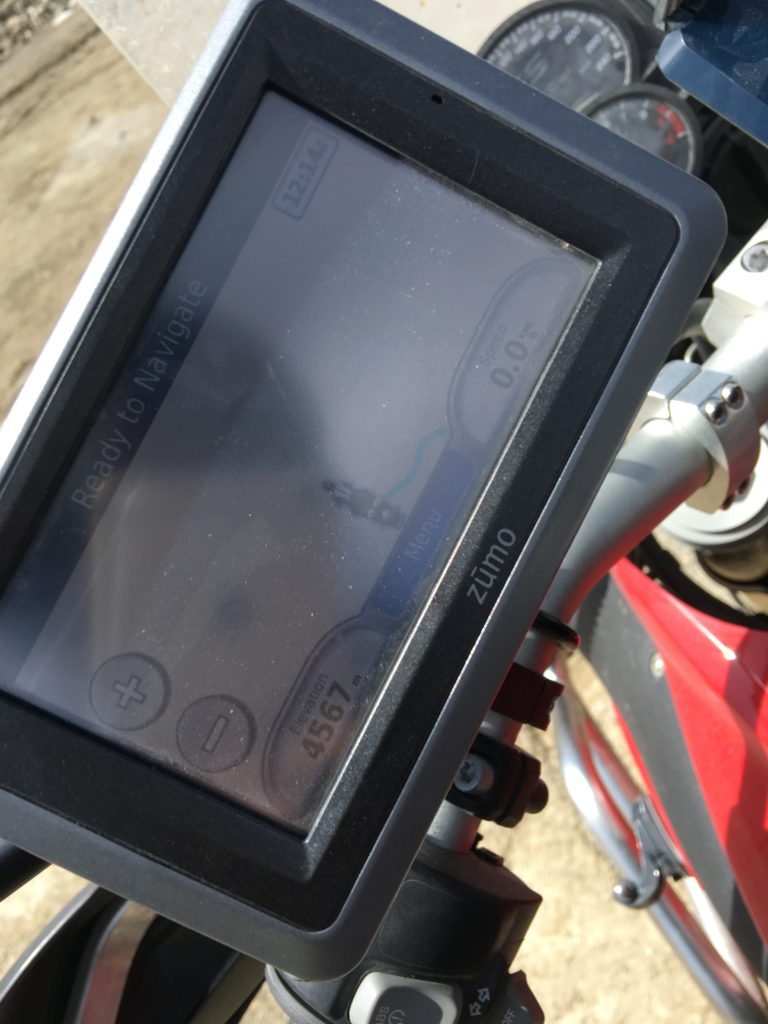 As it turned out, this was probably not our best idea. The altitude was a massive hindrance, especially given that neither of us had spent any time adjusting. Additionally, as soon as the sun set, the temperature dropped to an obscene -17 degrees celsius (1.4 degrees fahrenheit). We tried to use our remaining charcoal to start a fire, but the wind proved to be too strong. Resigning for the night, Little Deng and I regrouped at 7 in the morning, only to find that the temperature hadn’t risen enough to be conducive to actually starting a motorcycle. Adding insult to injury, I found a nail stuck in my tire that had caused it to deflate entirely. 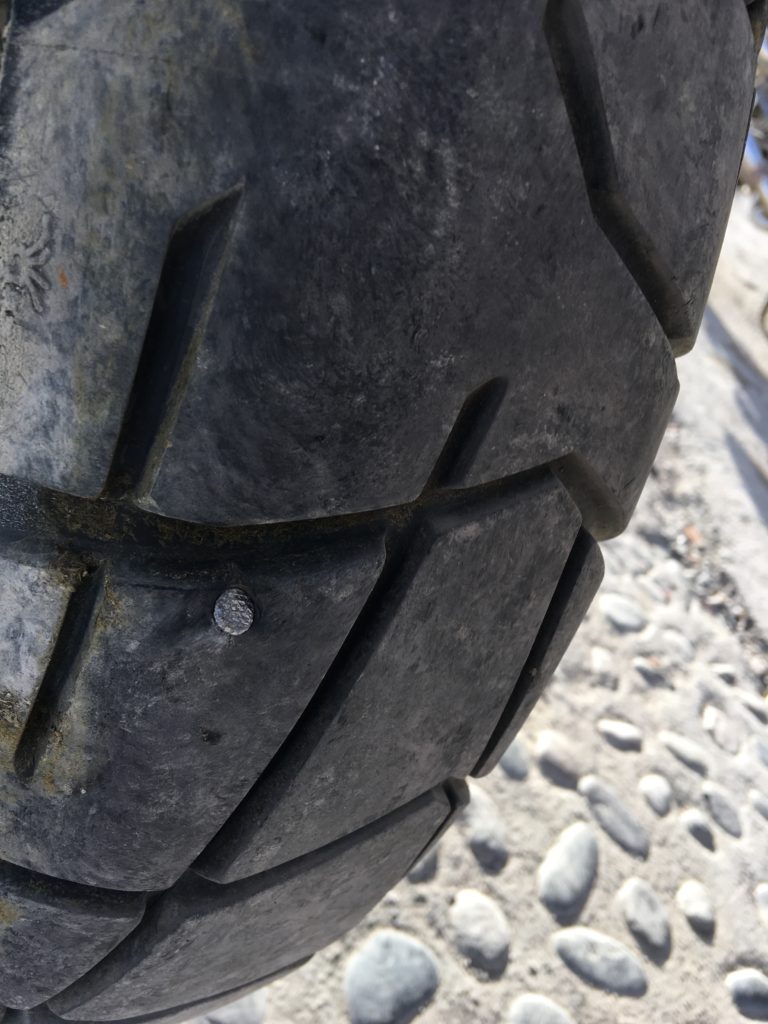 After a couple more hours of enduring the cold, we made our way back into Tashkorgan, where I removed the nail and patched the tire tube. 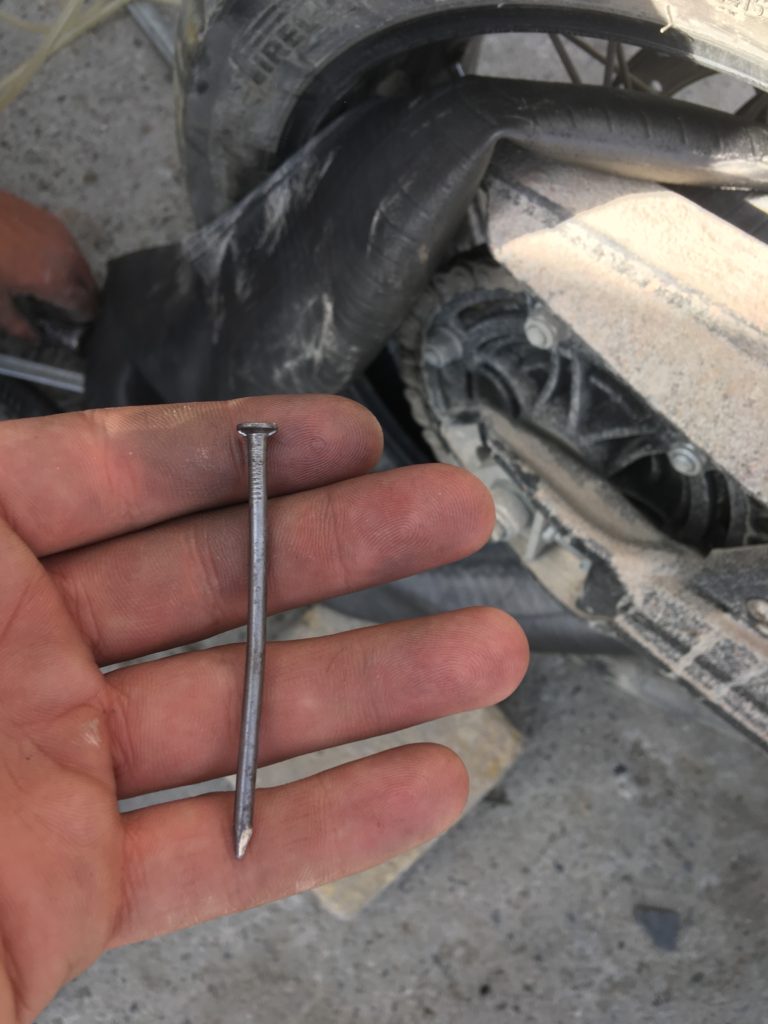 It’s a miracle the tire tube was only minorly damaged. On the way back into Kashgar from Tashkorgan, the road quality quickly soured again. 50km past Karakul Lake, a truck bound for Tajikistan slammed headfirst into a minivan going to opposite direction. Only 10 meters in front of me, I slammed on the brakes, but given the dirt roads, I realized I wouldn’t be able to stop in time, so I slid the bike. Fortunately, I walked away unscathed, but unfortunately, the bike slid into a rut in the road and flipped. My panniers were all but entirely destroyed, and the auxiliary fuel tanks were leaking gas. I salvaged what fuel I could and ziptied the ruined panniers back to the bike before riding back to Kashgar. Fortunately, the BMW shop in Urumqi had a set of panniers in stock and shipped them via airline freight to Kashgar in time for my June 6th departure from China.

All’s well that ends well, but the accident served as a poignant reminder that one can never be too careful driving anything motorized anywhere in China.