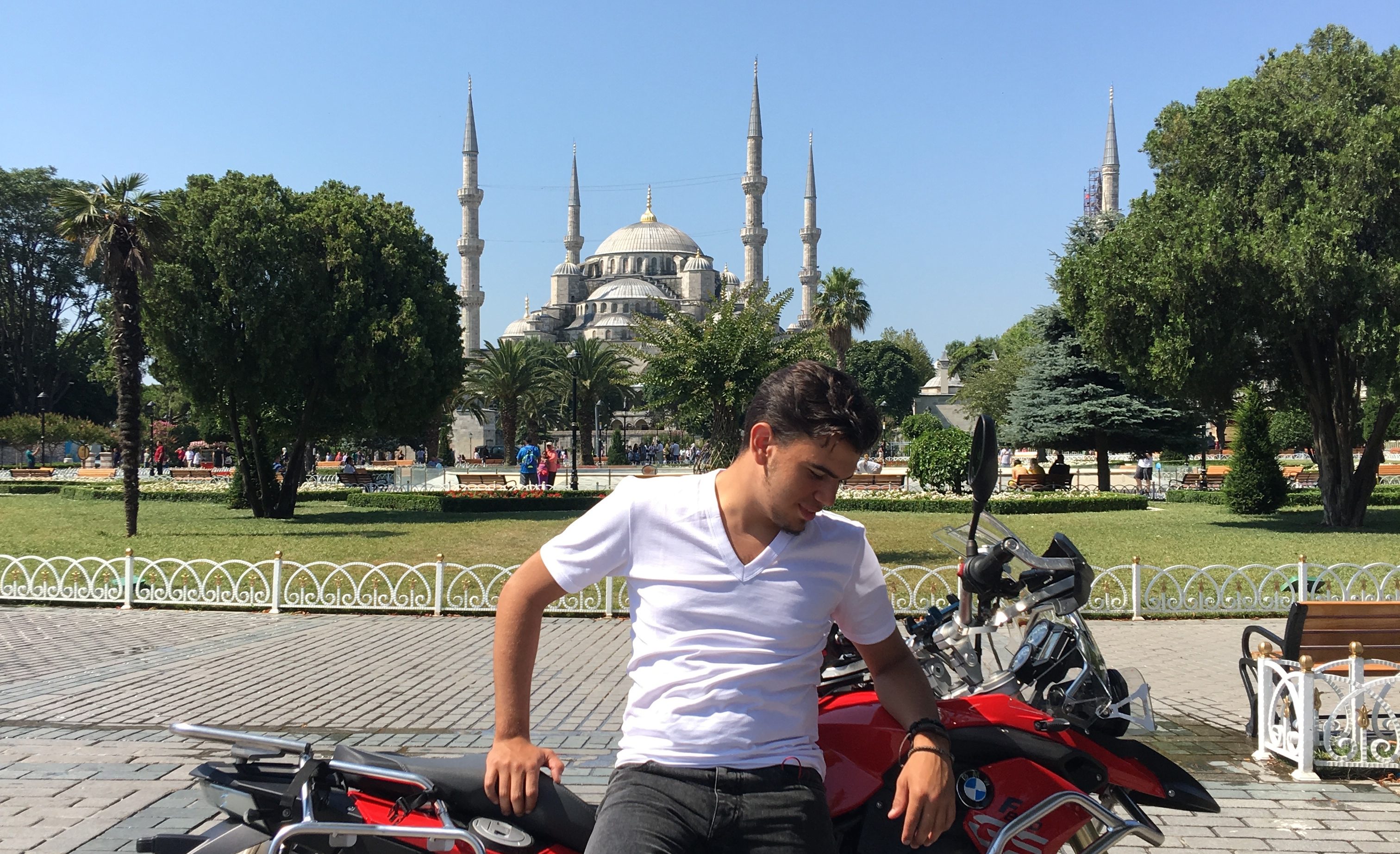 After the previous day’s incredibly hard ride, I fell right to sleep after arriving in Tbilisi. Mozes met me the next morning and we spent the day outside of Gori (Lenin’s Birthplace) in an ancient cave town. 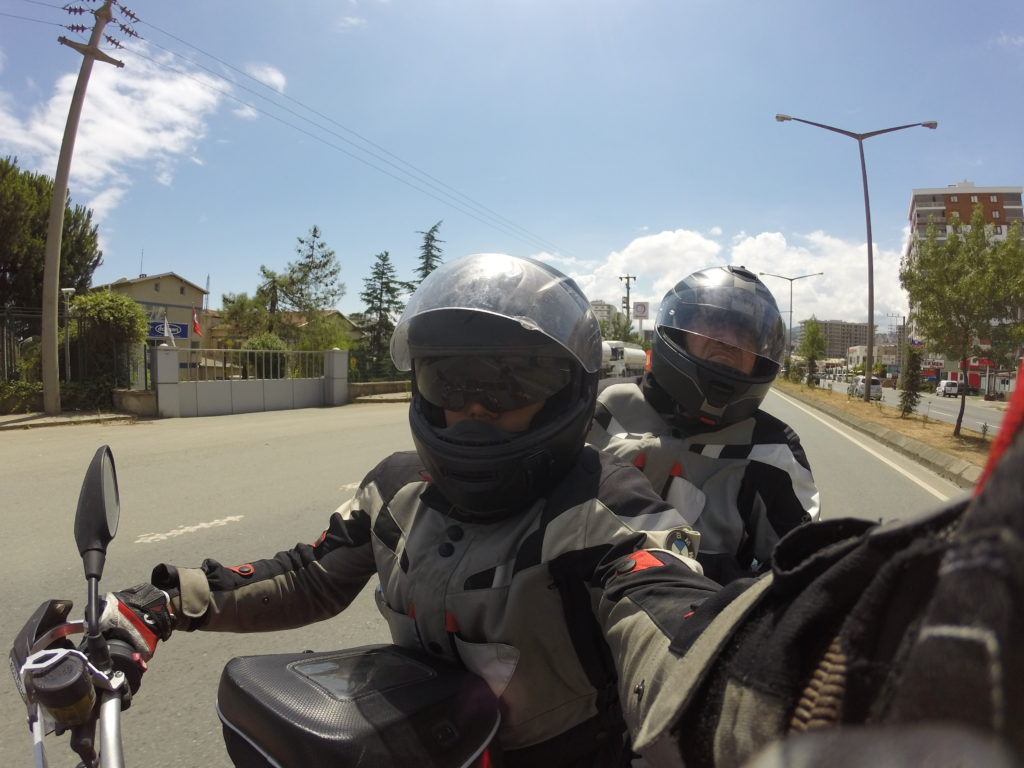 All in all, our 150km test ride was successful, and we resolved to leave Tbilisi the following day to head towards Turkey, stopping along the way in a Georgian town called Batumi. The 350 kilometers in between were largely uneventful, and our speed was only hindered by the endless lines of trucks and military convoys. Three hundred meters from our hotel, we ran into an acquaintance of mine named Vernon Keylock, a British biker on his way to Kazakhstan. Mozes instantly liked the man and we invited him to stay with us for a couple of days in Batumi. 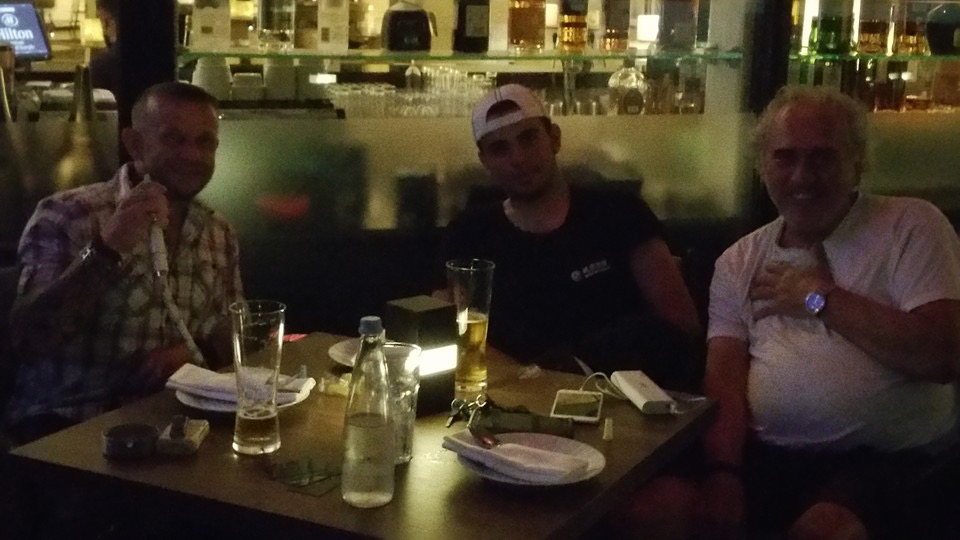 The city itself turned out to be incredibly dull—dirty beaches and casinos aren’t so interesting or fun, but the good company made Batumi bearable. Two days after our arrival in Batumi, we set off for Turkey around 4am. 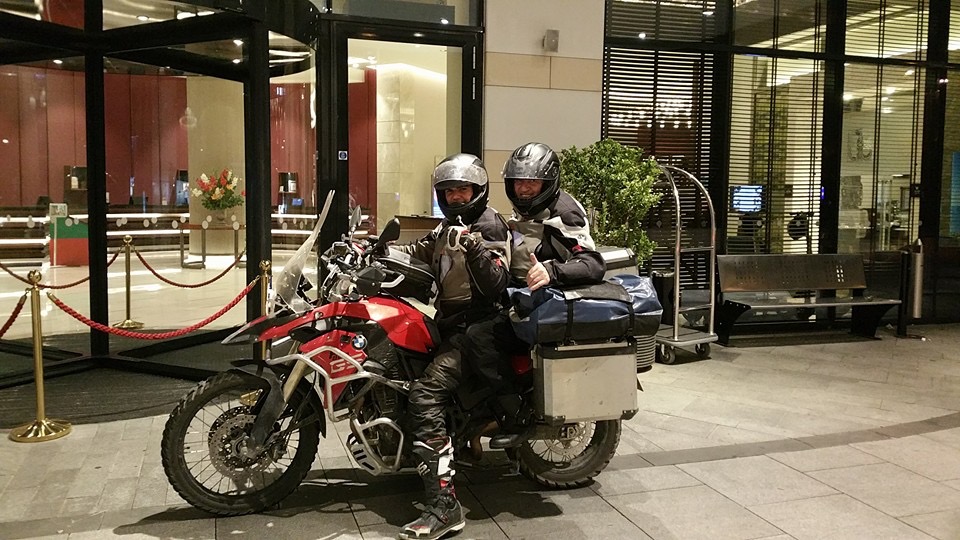 The marathon day proved to be a bit too much for Mozes and me—about an hour after crossing the border, we stopped in a small town to sleep for a few hours before continuing. Ultimately, we arrived in Cappadocia shortly after sunset. Our hotel informed us of an Cappadocia’s specialty–sunrise hot air balloon rides. The ride proved spectacular. 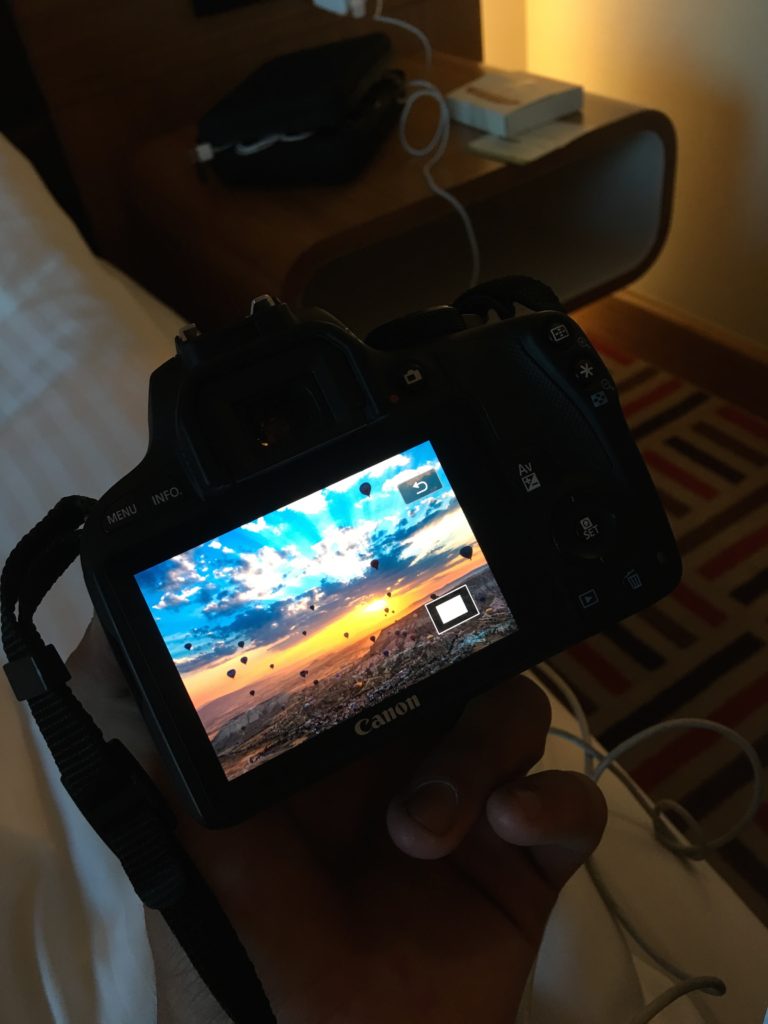 From Cappadocia, we continued on towards Istanbul, stopping in Ankara and Bodrum along the way.  For the first time since China, the road quality in Turkey was consistently superb–I hadn’t seen 100km of consecutive dual carriageway since departing Kashgar! 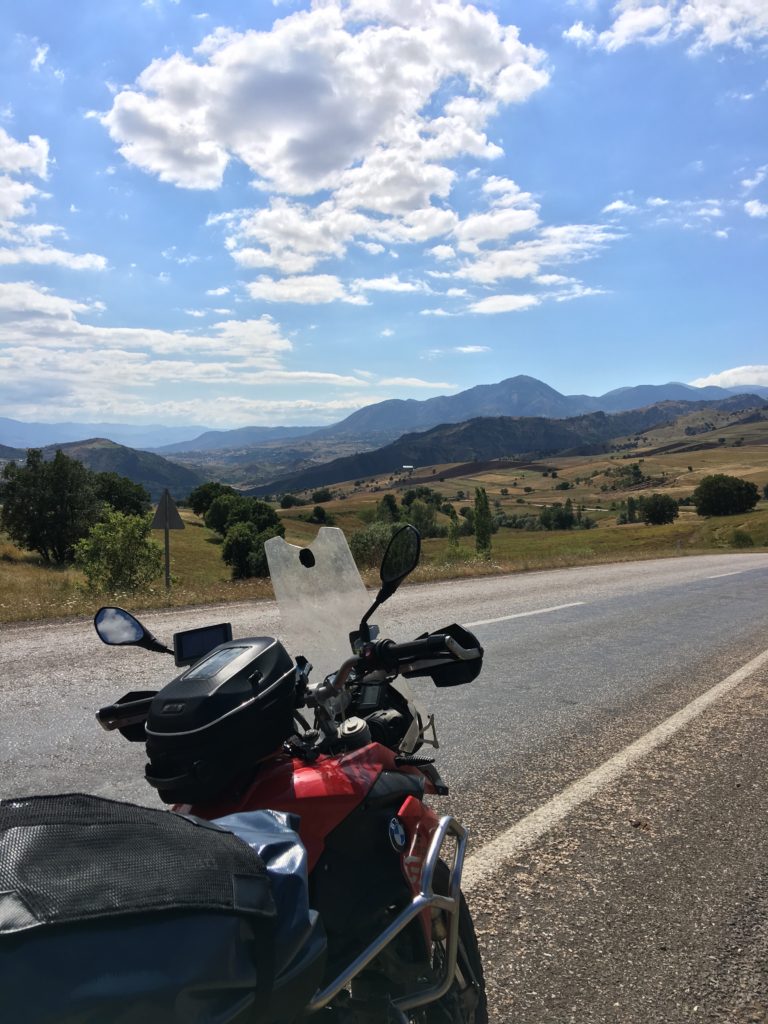 Okay, maybe it wasn’t all two lanes each direction…

We stayed in Istanbul for three days in order to see all of the sights and also to rest after two very important milestones: 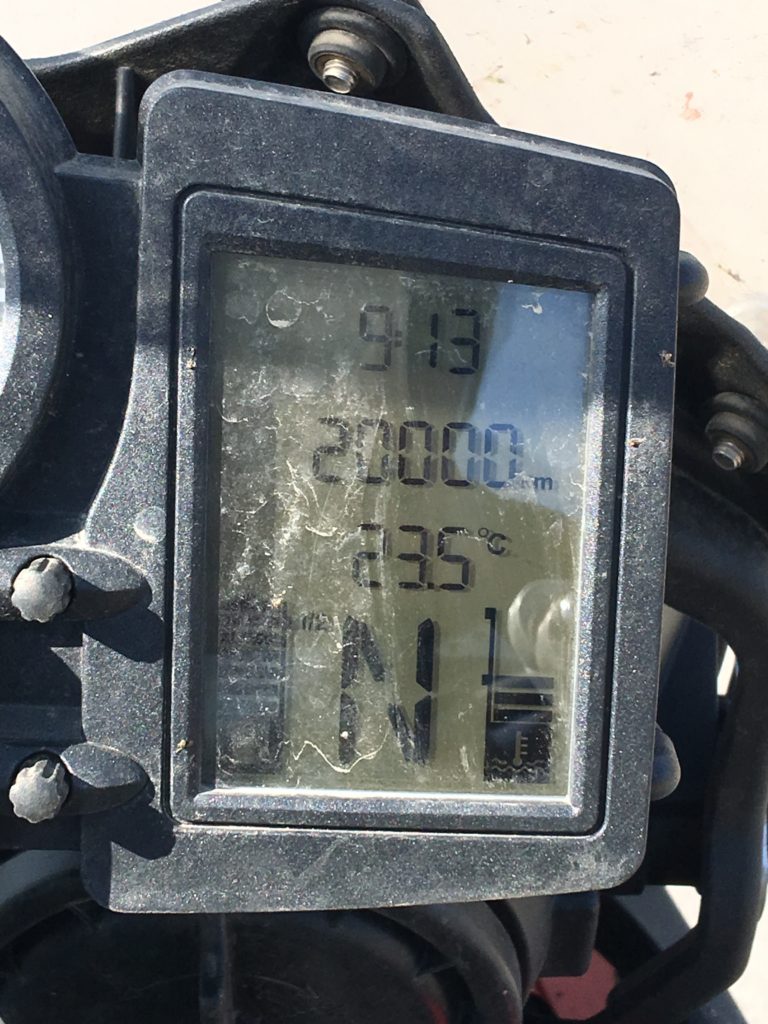 You read that right–since departing Beijing, I’d ridden more than 20,000km (approx 12,500 miles) in order to reach Turkey.  But more importantly, Istanbul marks the widely recognized border between Asia and Europe.  The trip had officially become a trans-eurasian journey!  We celebrated both events by eating lunch on the Bosphorous. 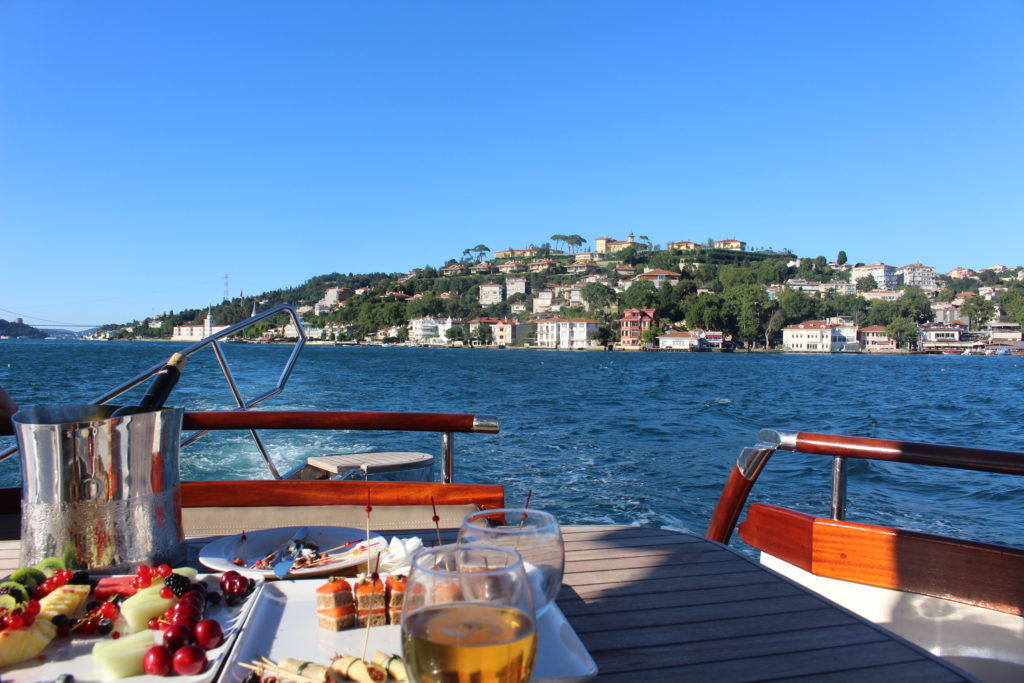 Milestones aside, Istanbul is truly one of the world’s most beautiful cities, and large swaths of it remain untouched by Western influence.  And yes, the Hagia Sofia is as spectacular as everyone says! 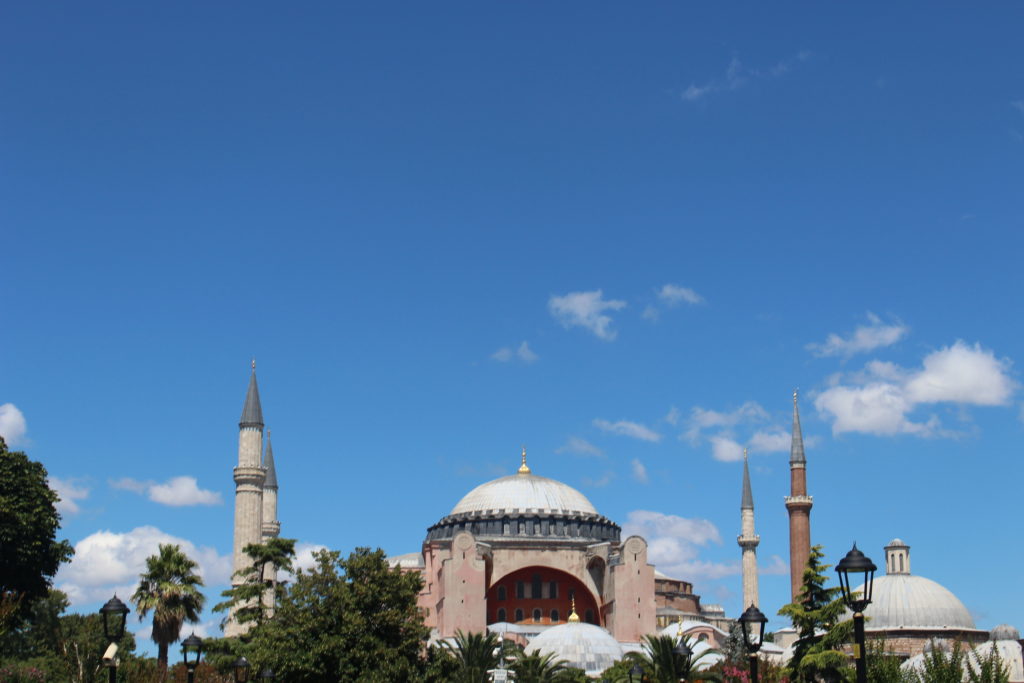 This photo doesn’t really do it much justice

Before departing Istanbul towards Eastern Europe, I stopped by BMW Motorrad in order to service the bike.  The tires, windshield, and seat had all seen better days and were due to be replaced.  Maintenance took about a day, and when I came back to pick the bike up, I found this: 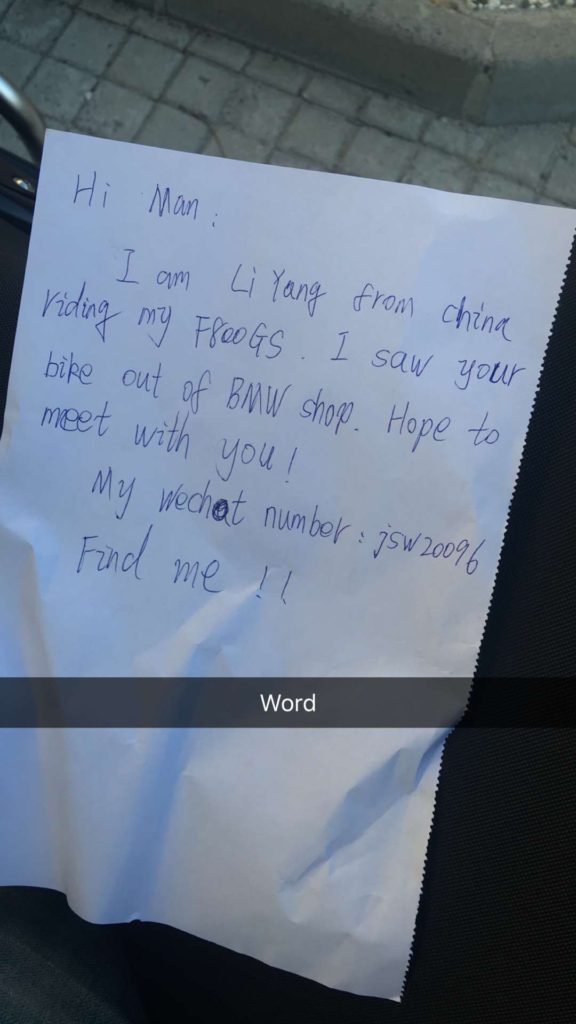 Indeed, it turned out that I’d managed to stumble upon one of the only other guys in the world to have ridden a Chinese-registered motorcycle this far.  Surnamed Li, my new friend had been on the road for nearly two years, wandering around Mongolia, Russia, and parts of Eastern Europe before arriving in Istanbul.  As of October, he’s also arrived in London and returned to China. 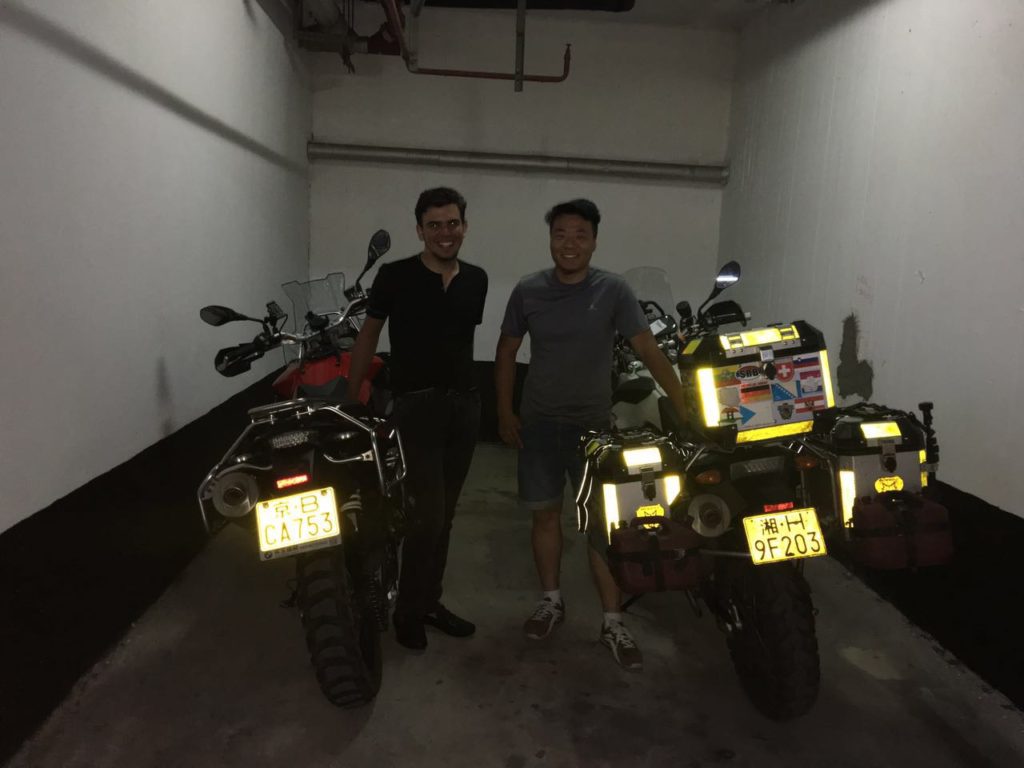