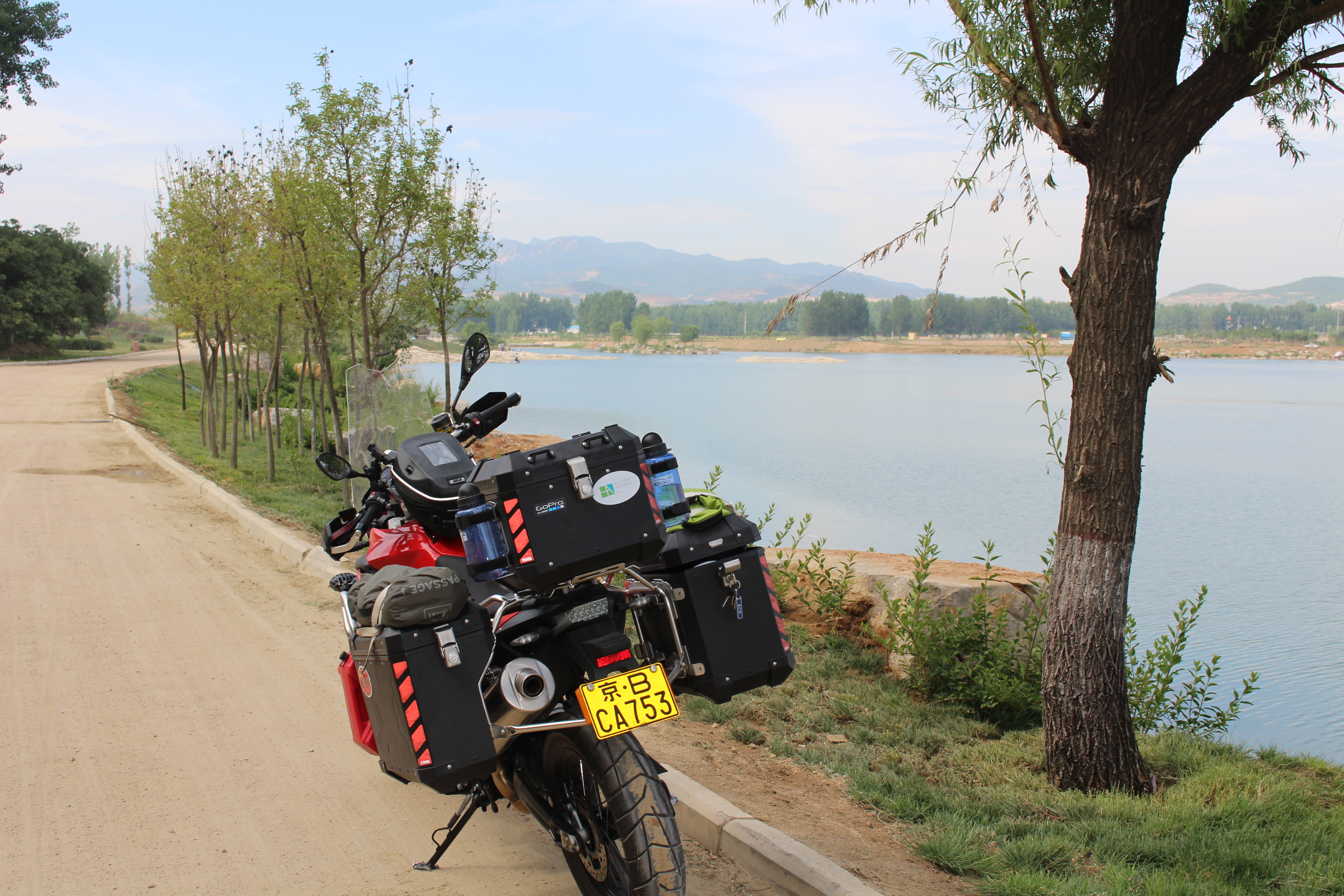 Because the bike is brand new, it requires a “break-in” period.  Basically, for the first 1,000km, you can’t ride too quickly and the bike requires a maintenance stop somewhere before it can really be ridden long distance.  China has only four or five certified BMW Motorrad shops–all of them in Beijing, Shanghai, Shenzhen, and Nanjing.  Shanghai and Shenzhen being significantly longer detours, I chose Nanjing as the route for my break-in period.  All this as a preface to explain why I’ve ridden 1,300km south so far rather than west.  After getting the bike serviced today, I’ll follow the exact same route I took 11 months ago towards Kashgar.

Anyways, the route from Beijing to Nanjing is roughly 1,300 kilometers of varying types of roadway.  Since motorcycles aren’t permitted to use the robust superhighway system in Eastern China, I stuck to the 国道s, 省道s, and 县道s — that is to say, the national-level, provincial-level, and county-level roadways.  Think Route 1 vs. I-95.  These roadways often run directly through cities, adding a fair bit of complexity to the route.  Sometimes, the road will fork without ample signage explaining which path is the right way.  Other times, the road will just end unexpectedly.  From Beijing, I took a total of 57 different roads crossing through Tianjin, Hebei, Shandong, Anhui, and Jiangsu before arriving in Nanjing.

The journey itself was relatively uneventful, albeit long.  A lot of coastal China, especially in poorer places, has been completely tainted by industrialization. Villages are conspicuously surrounded by large looming factories and the roadways seem to only exist for oversized trucks that aren’t allowed on the highway. 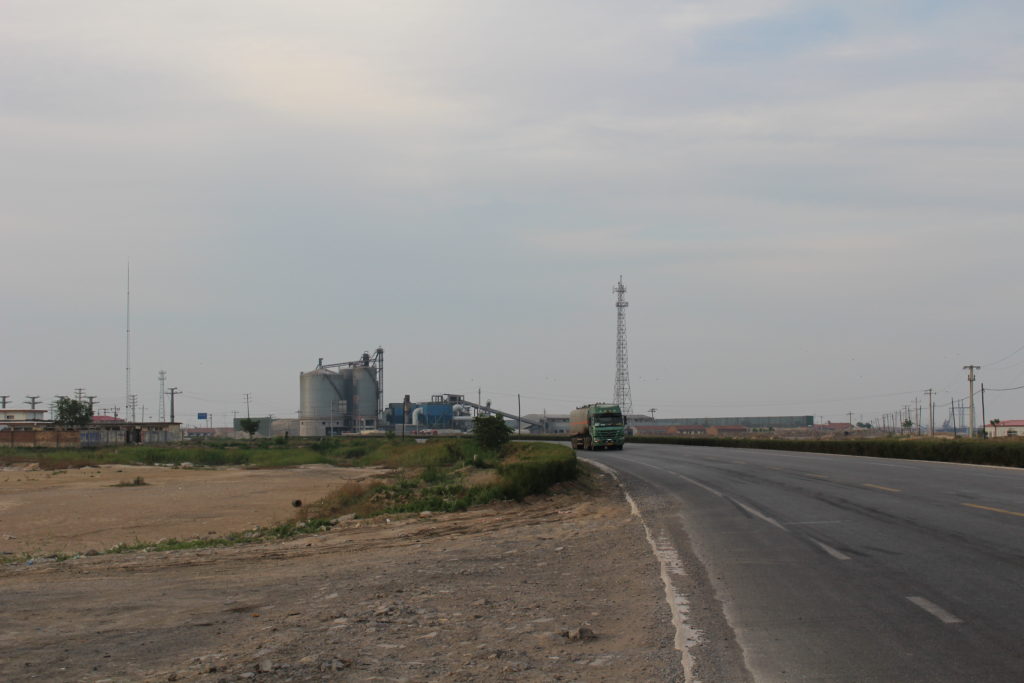 I even found a bunch of abandoned freighters somehow grounded 2km inland.  In any case, passing through these places is eerie and somewhat depressing, made more so by the air blackened by pollutants and the heavy winds coming inland from the East China Sea. 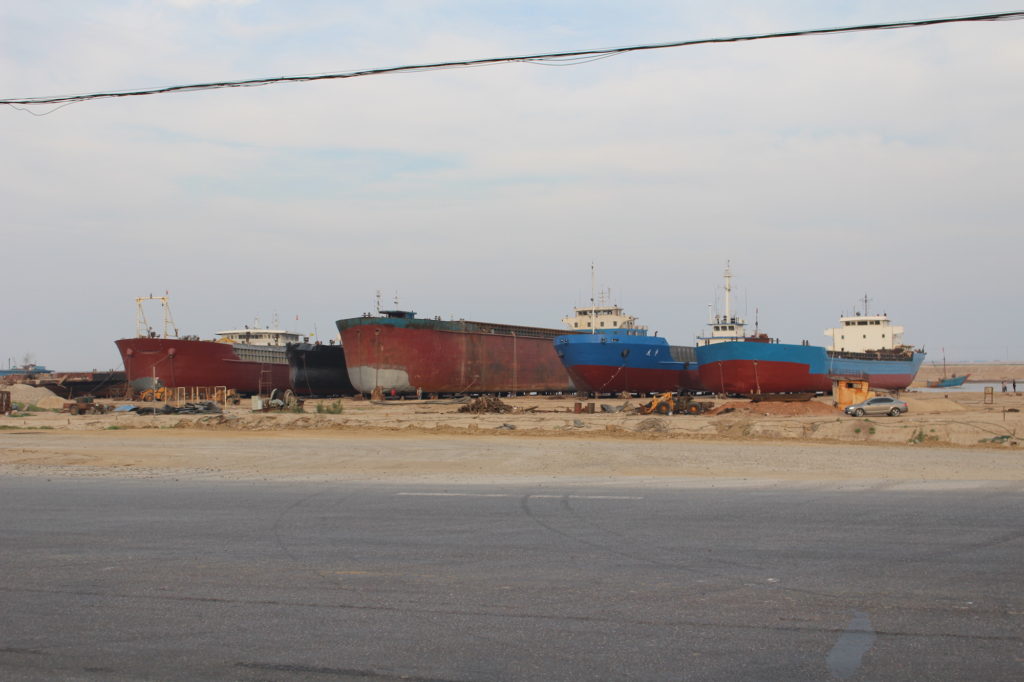 600km later at sunset, I’d made it to Binzhou, a small town in Shandong province.  Given the dreary scenery, I was dreading the coming week of crossing eastern and central China.  In the morning, I set off again, mentally prepared for the same scenery, but by midday everything had changed.  Slightly more inland, the mountains, farms, and dirt roads truly changed my mood entirely. 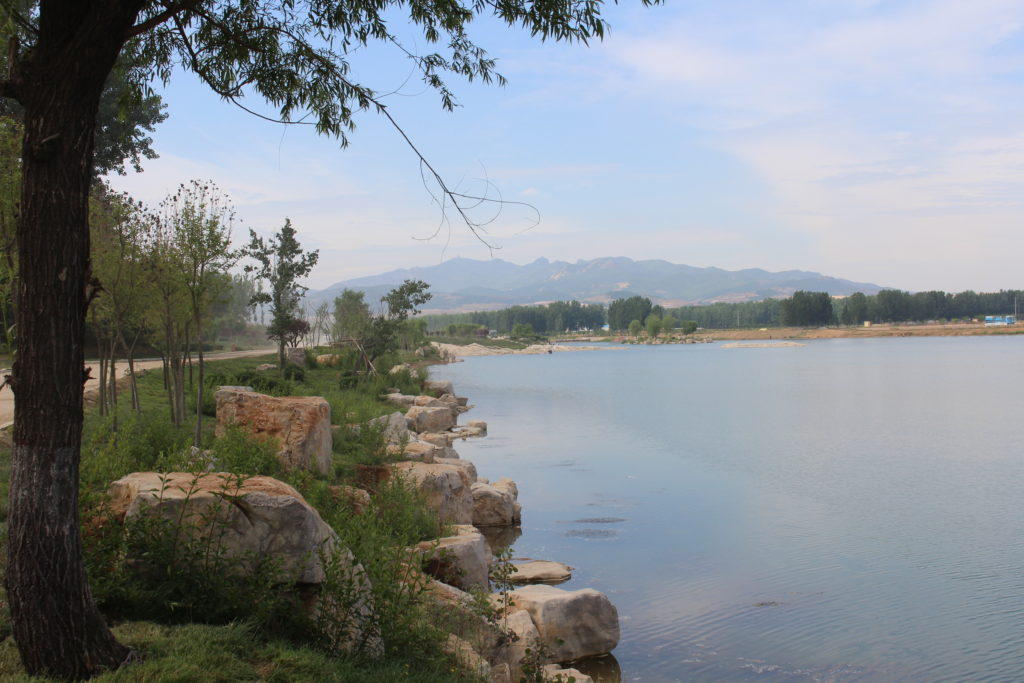 …a solid reminder that China is an extremely vast and diverse place.  I arrived in Nanjing, completing a 12 hour, 700 kilometer marathon of a day, and bringing the trip total up to 1300 kilometers, 5 provinces, and one extremely tired Zach.