The Road to Kashgar 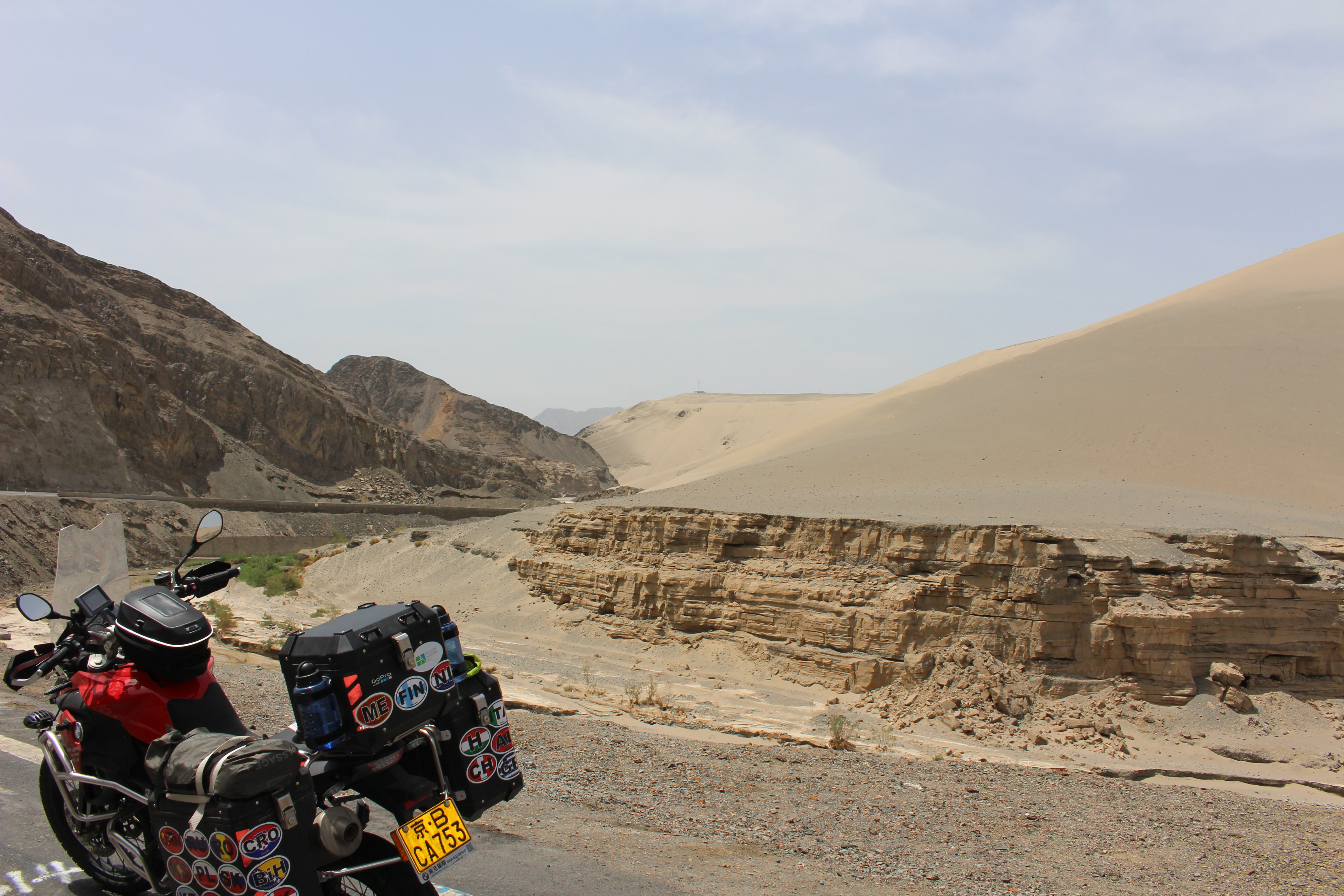 It was really shaping up to be a rather uneventful week–nothing particularly of note occurred on the road, but the last three days changed everything. Hours after my previous post, the hotel security guard woke me up. “It’s raining outside. Will you still ride?” I assured him that a little rain didn’t affect much at all and set off. The rain worsened, and as I rode northwest, I quickly found myself above 10,000 feet. The rain turned to heavy snow and the temperature dropped to -5 degrees celsius. Despite wearing two pairs of gloves, my hands began to lose circulation–I stopped every half hour to thaw them out with boiling water, a temporary fix at best. Nonetheless, my fingers began turning blue, and operating pulling the clutch and break levers became nearly impossible. Finally, approaching Lanzhou, the precipitation subsided, but the cold remained for most of the day. Isn’t it May? 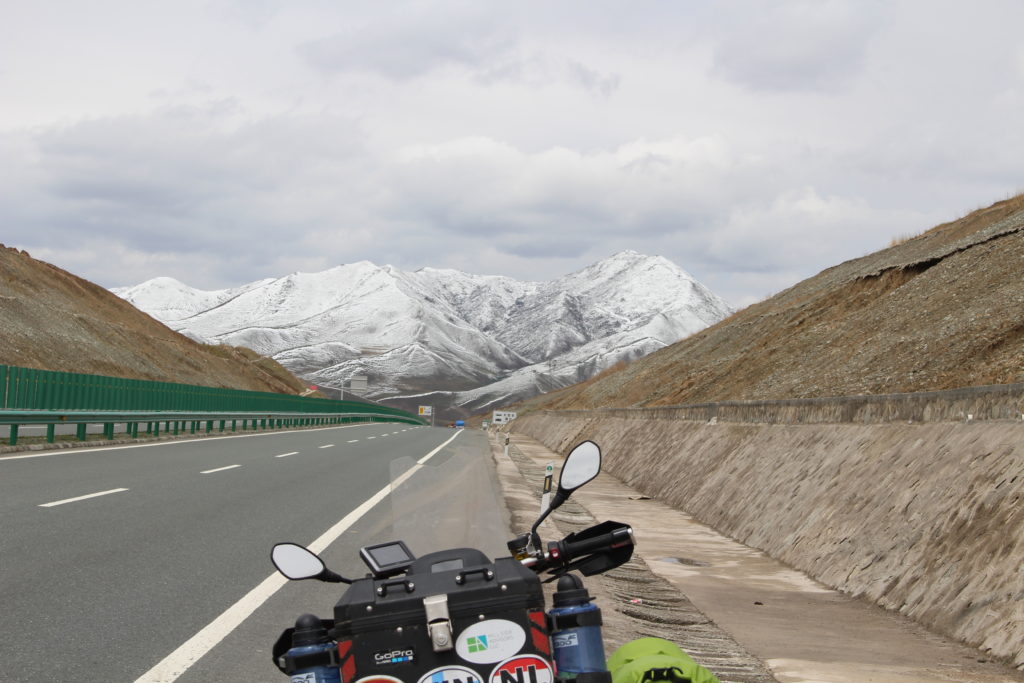 By the end of the day, I’d reached Linze County–a place where I spent about a week last summer after my back tire blew up on the highway. By the time I got there, the road looked more like this: 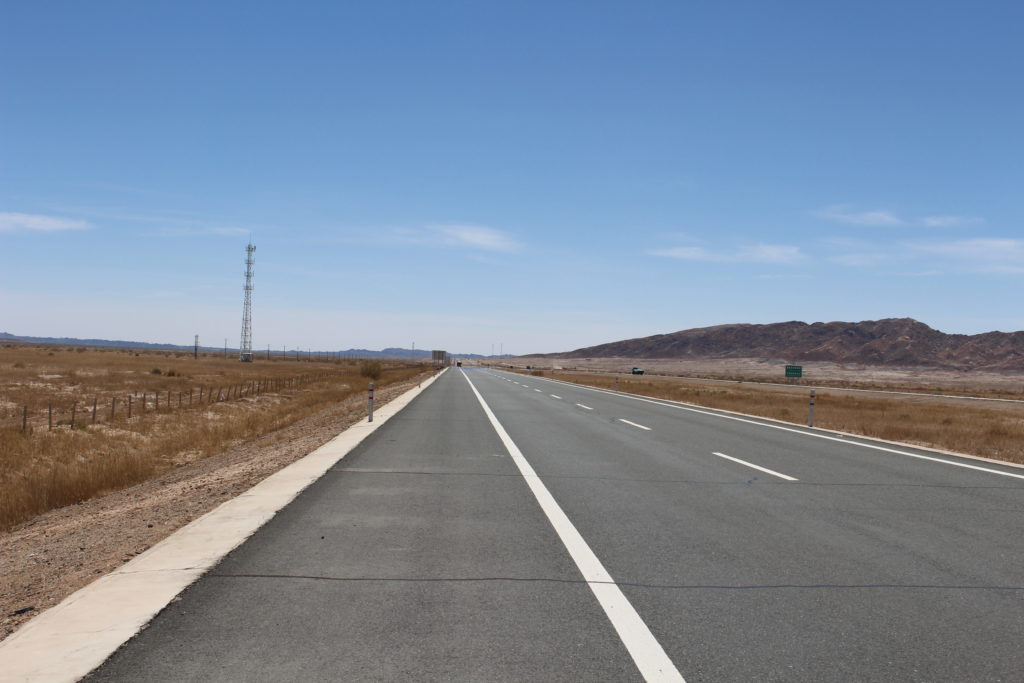 From Linze, I headed northwest to Hami, crossing into Xinjiang around midday. As much as the scenery changed this week, the local people changed more. Crossing into Xinjiang, Mandarin is no longer the common spoken language–replaced by Uyghur. That said, the ensuing Taklamakan Desert (as one heads West) is quite beautiful as far as scenery is concerned. 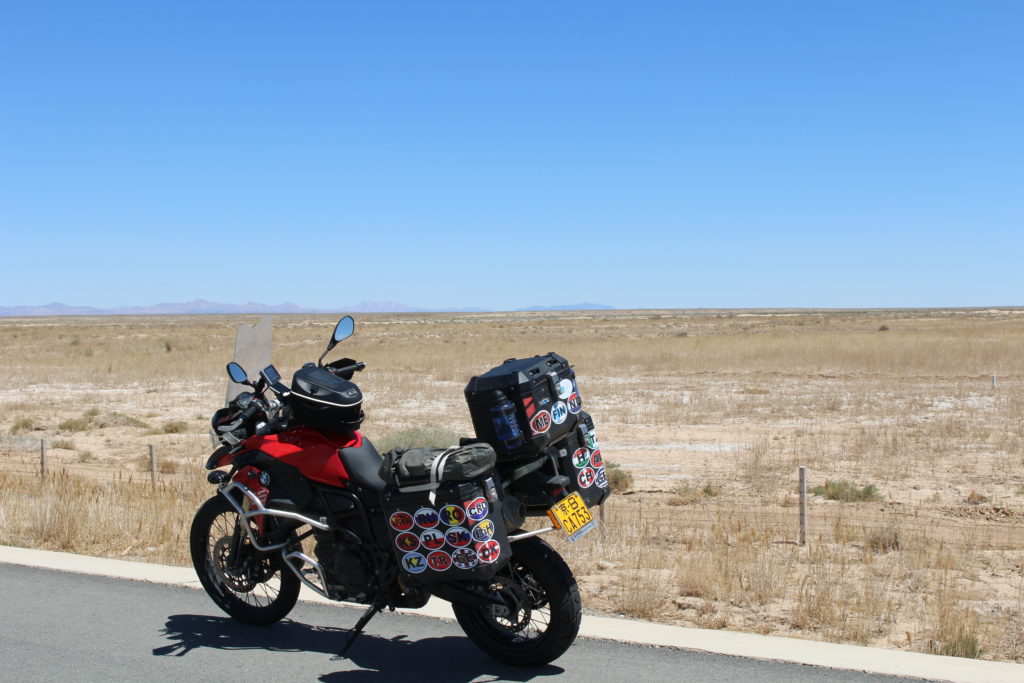 From Hami, I intended to ride 900km to Korla before calling it a day. Around noon, I’d reached Turpan, one of the hottest places on earth. West of Turpan, the G30 highway splits; one section continues southwest and the other leads north to Urumqi. But the preceding 40 kilometers were some of the harshest I’ve experienced. In addition to being one of the hottest places on the planet, Turpan is also home to some of the strongest winds. For nearly an hour, I struggled to keep the bike from dropping, consistantly leaning 45 degrees into the wind to counteract its force. Of course, describing the sheer velocity of the wind isn’t amply convicing, so here’s a picture of a small constituentcy of the hundreds of kilometers of windmills lining the road and surrounding areas. 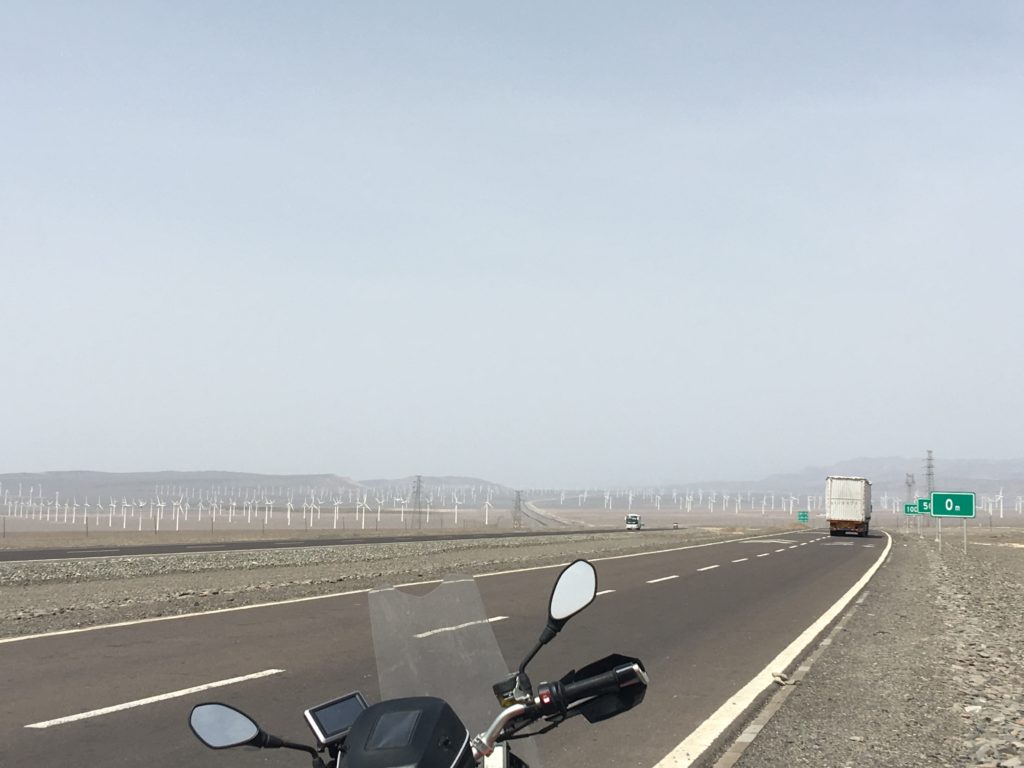 Finally, after passing the highway split, the wind lessened as the road led through some mountains and into the Taklamakan Desert. 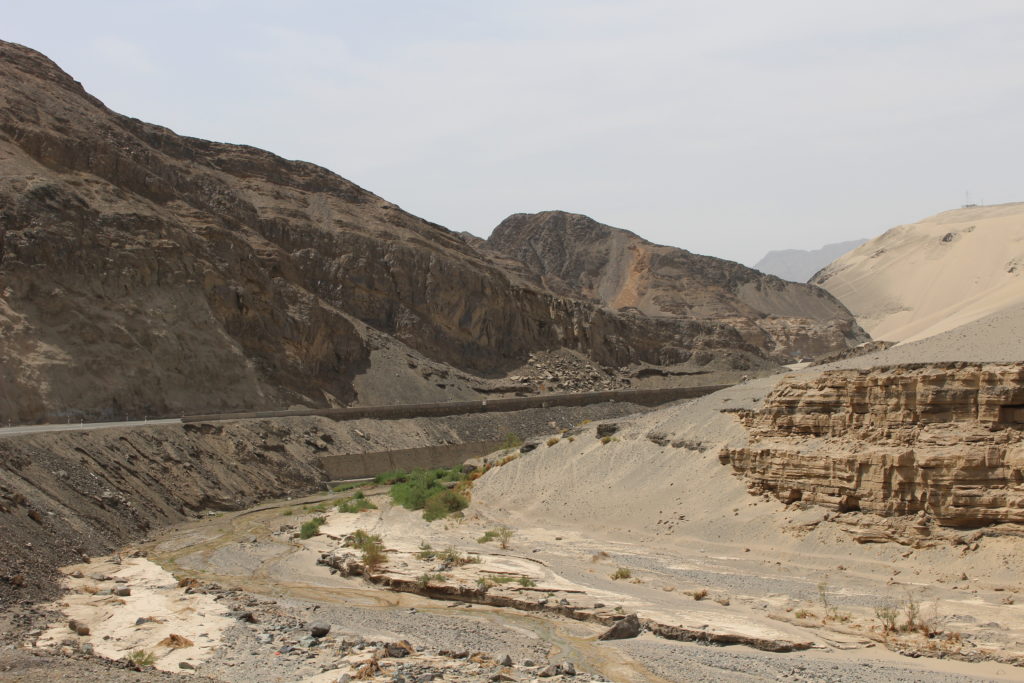 After nearly 100 kilometers of winding roads, I emerged from the mountains, only 60 klicks from Korla, but with only half a liter of gas in my tank. I pulled over at the next gas station and was surprised to find that my bike is not as unique as I though it was. 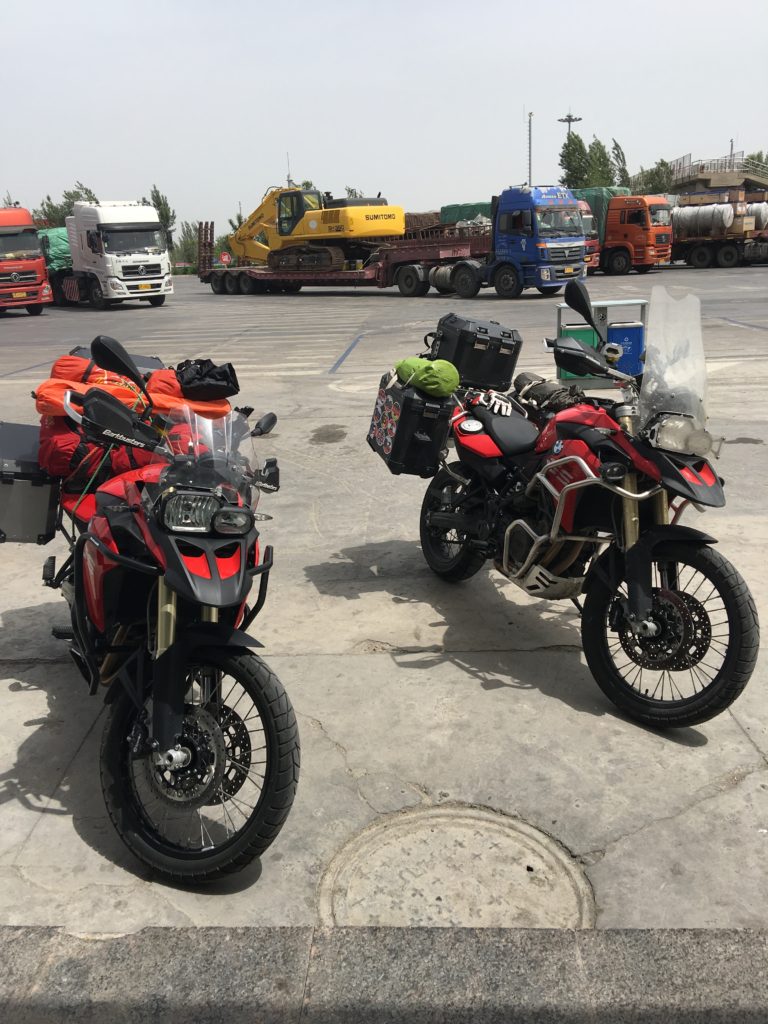 A 26 year old Guangxi native had also stopped to get gas–he was coming from Urumqi and hoped to reach Aksu before sunset (around 10pm in Xinjiang). As Aksu is roughly 600km from Korla and also on the way to Kashgar, I decided to ride with him. Turns out my new friend, nicknamed Little Deng, has some friends in Aksu who were competing in the Taklamakan Rally–an event similar to its counterpart in Dakar, just not nearly as well known. We spent the better part of today watching custom 4x4s and dirt bikes emerging from the desert, only to be swarmed by the local media. Turns out, a lot of the big names in motocross and powersports were there, including Red Bull. 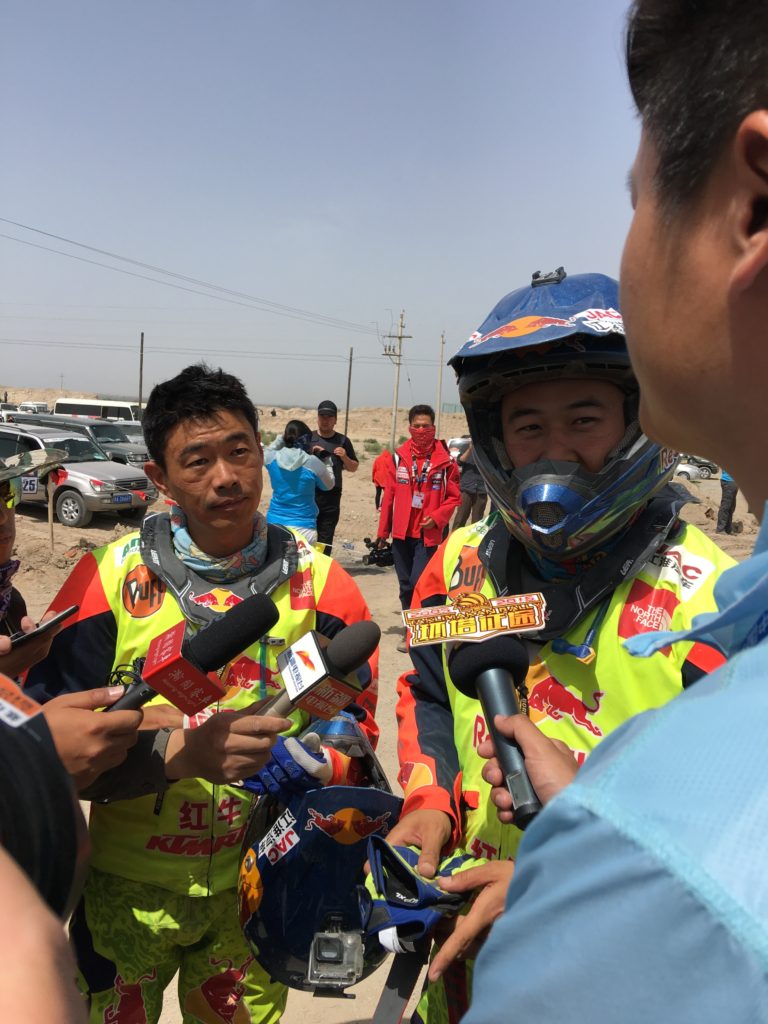 It looks like Little Deng will ride with me tomorrow to Kashgar and surrounding areas before continuing on to Tibet. In anycase, i’ve also now spent seven days on the road, so here are some statistics from this week:

And here’s a map of my route, completed sections highlighted in green:

Finally, as a bonus, here’s a picture taken by a passing car that I found on Chinese social media 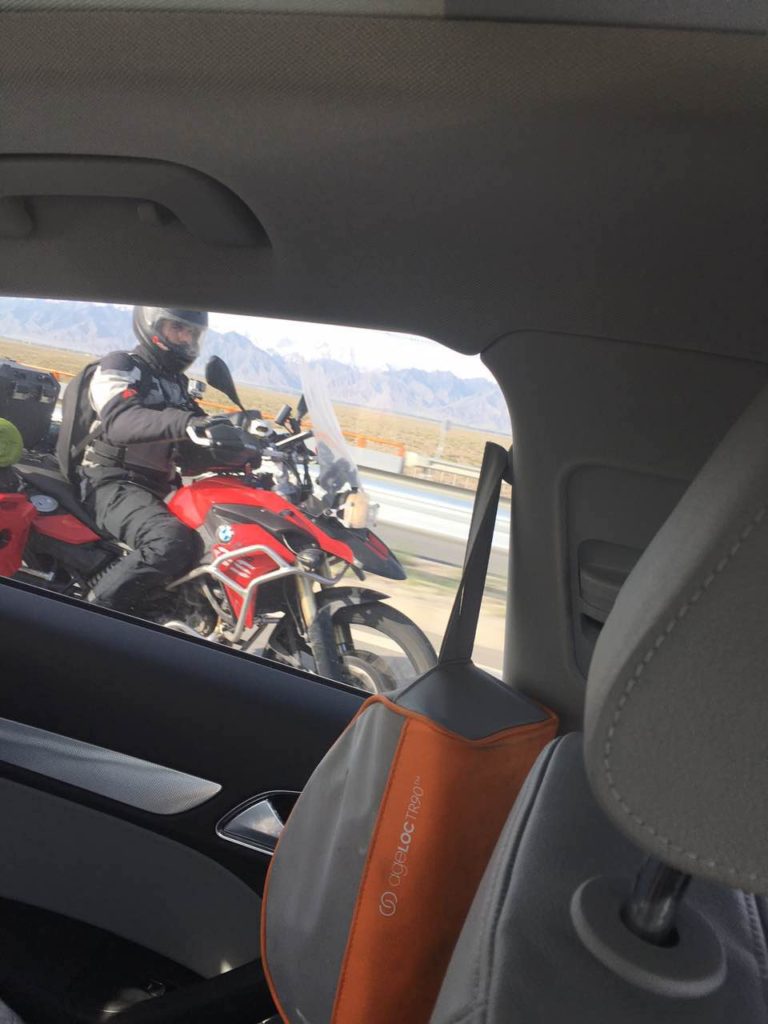