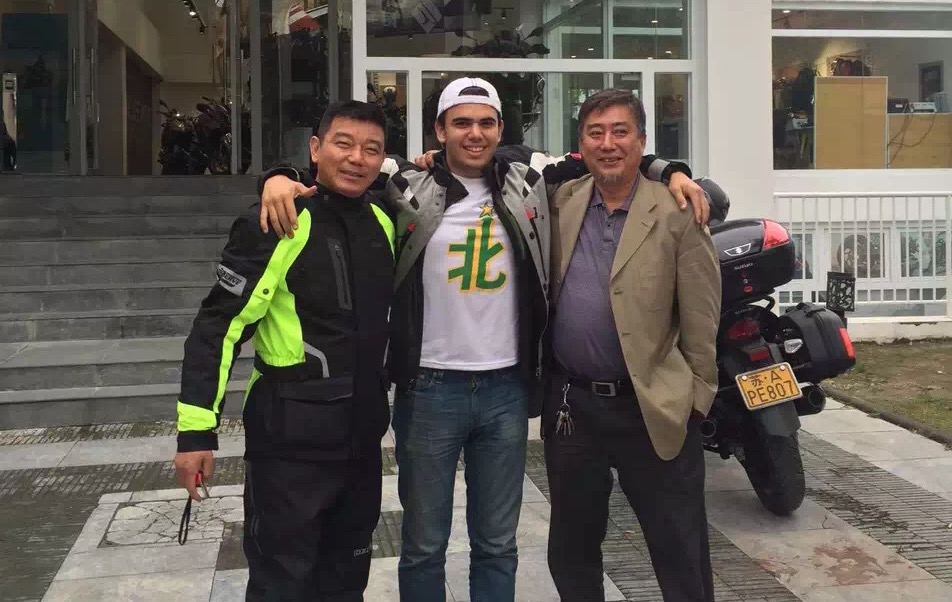 11 months ago, I pulled up to an intersection north of Nanjing and met a man riding a motorcycle as large as mine. We started talking, and I ultimately rode from Nanjing to Dunhuang with him and his friend. Along the way, we became extremely good friends and kept in touch. Obviously, my first stop in Nanjing was seeing them. Village Leader and Old Building–as they like to be called–taught me almost everything I know about the logistics of riding in China and continue to amaze me with their enthusiasm and warmth. 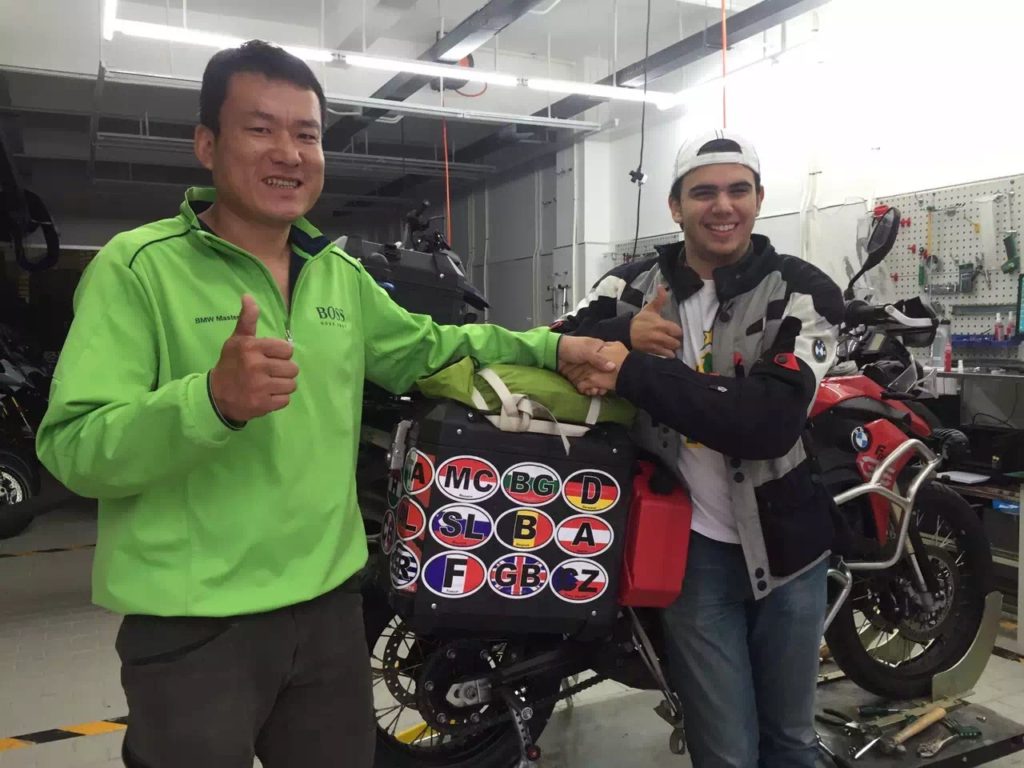 After a free bike servicing (thanks BMW!), I set off yesterday. Old Building and Village Leader rode with me into Anhui province, where I furtively got on the super highway and headed west.

The road condition on these highways is superb–within a day, I managed to cross all of Anhui province and most of Henan as well, spending the night in a small town called Sanmenxia. Today, I continued westward early in the morning and without the help of the highways, I crossed all of Shaanxi province, entering Gansu a few hours before sunset. As I’ve journeyed west, the air has gotten cleaner and the cities and villages increasingly sparse. The scenery, however, is absolutely beautiful. 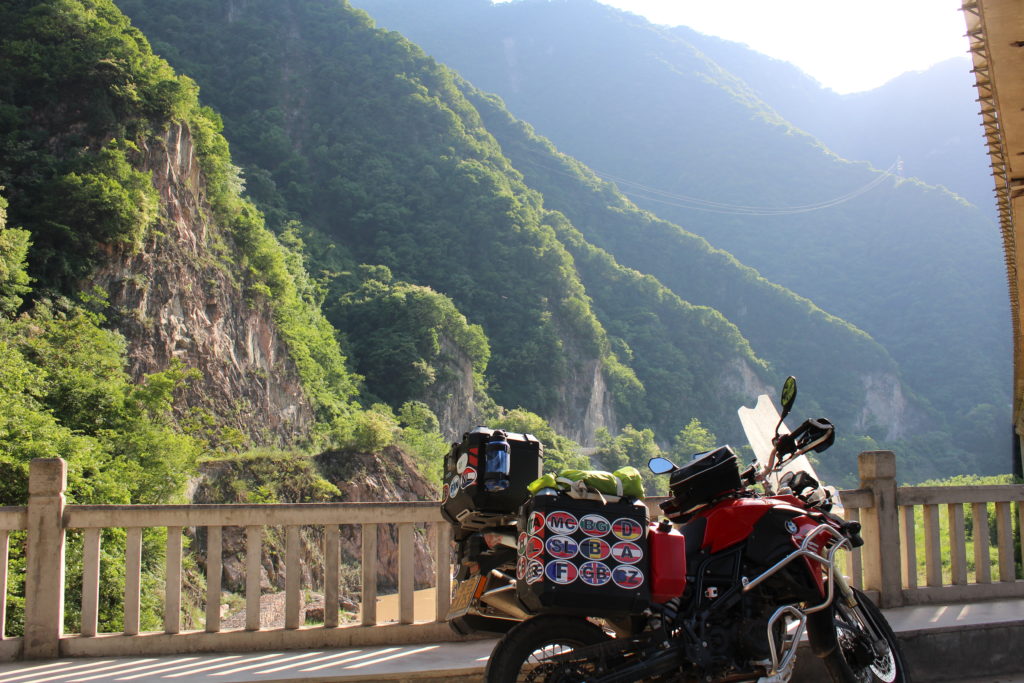 Today, I’m writing from Tianshui–a small city in southern Gansu. I hope to reach Xinjiang in two days and Kashgar in four. 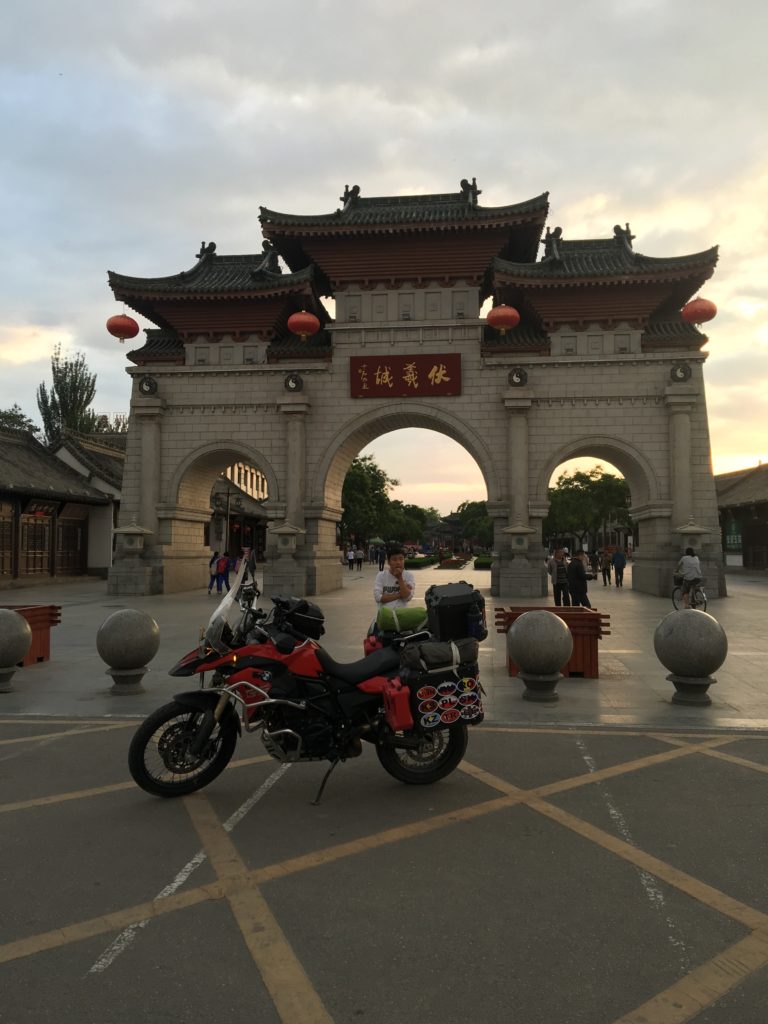